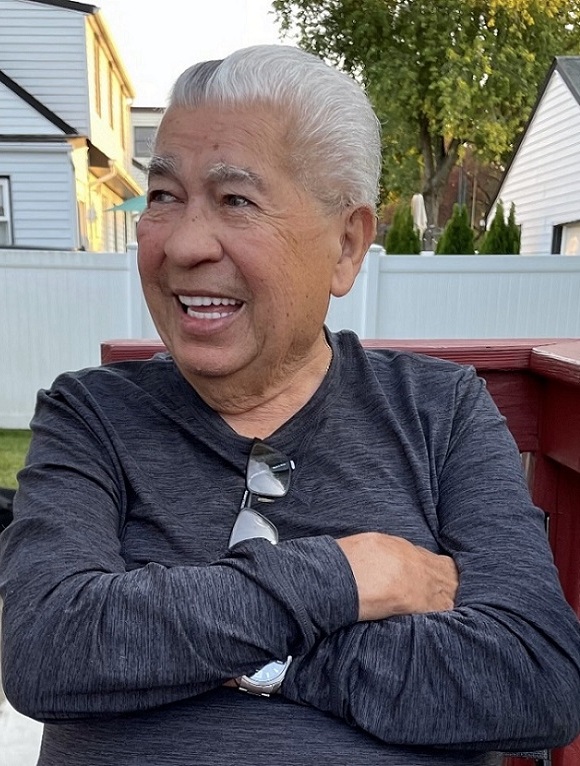 Angel “Angelo” L. Villa of Land o Lakes, FL passed away peacefully on Monday September 19th, 2022, with his loving family by his side. He was 82 years old.

He was born on October 4, 1939, in Moca, Puerto Rico to the late Augustin and Manuela Villa. At the age of 13, after the death of his father and younger brother he moved with his mother to Brooklyn, NY. As a teen, he spent his summers volunteering as a camp counselor at Camp Wabenaki in Harriman, NY. As a young man, he began his long career at Mark Printing and Stationery Company and retired with 45 years of service.

In 1978, he moved to Garnerville, NY where he raised his family with the love of his life, Iris. He was a loving son, father, brother, grandfather, and uncle. His love of family was strong and most summers he hosted a revolving door of nieces and nephews. He loved swimming with his daughters and later loved playing dominoes with his sons in law. He was the life of the party and never passed up the chance to dance, especially with his wife.

He was a proud member of the Haverstraw Elks, receiving the Elk of the year honor in 1999 and serving as House Chairman in 2006. His spare time was spent in their kitchen, where he found joy cooking for parties.

In retirement he moved to Land o Lakes, FL where most days he could be found sitting in his garage watching over his neighbors. He was an avid fan of baseball, and he loved watching westerns.

He is predeceased by his parents, brothers Israel Villa and Edgar Badillo and parents-in-law Lydia and Luis Bonilla.

A celebration of life to follow at Haverstraw Elks, 877 Elks Drive, Haverstraw, NY 10927.

In lieu of flowers memorial donations may be made in his honor to Prostate Cancer Foundation 1250 Fourth Street, Santa Monica, CA 90401

To send flowers to the family or plant a tree in memory of Angel Villa , please visit Tribute Store

Share Your Memory of
Angel
Upload Your Memory View All Memories
Be the first to upload a memory!
Share A Memory
Send Flowers