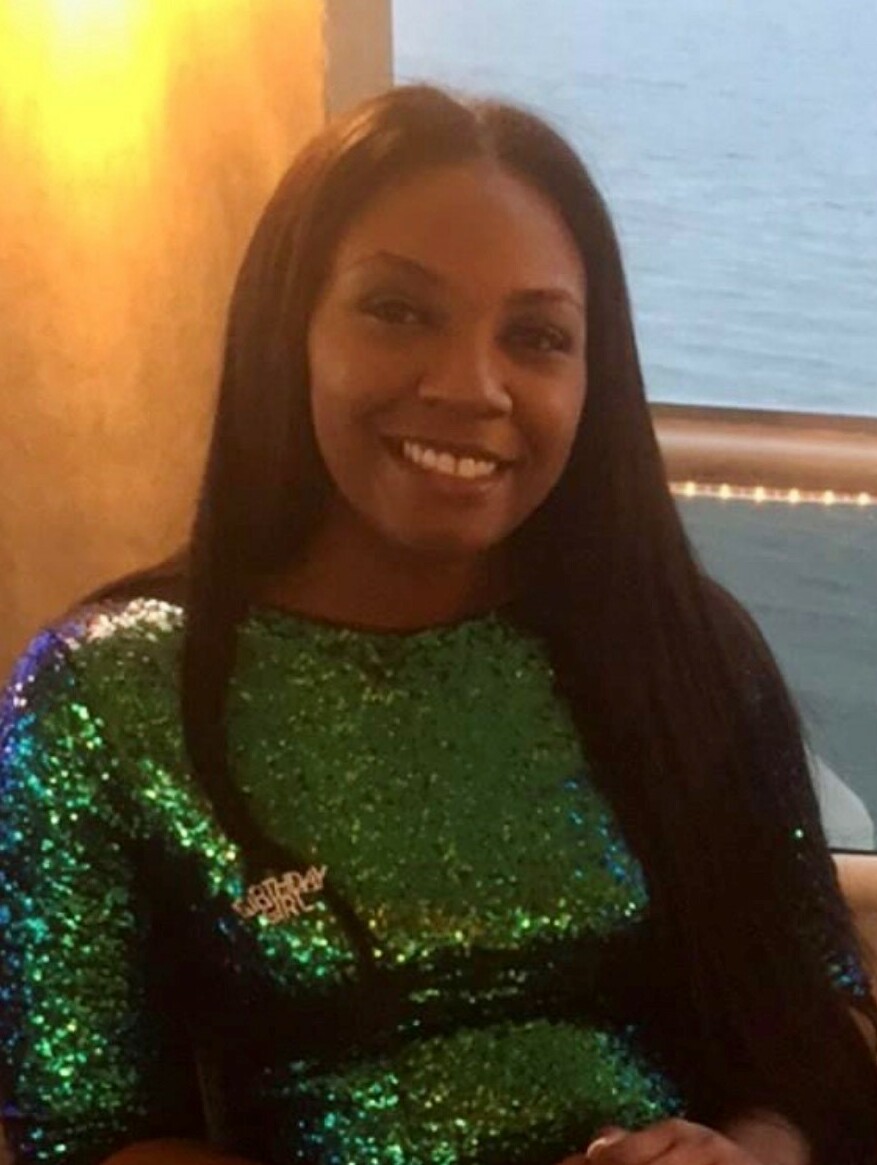 Teneisha Griffith was born on June 2, 1994 in Livingston, New Jersey. She was the youngest of four beautiful daughters. As a small child, she was a bit shy always had a curiosity about life and all it contained. She looked up to her older sisters each one holding a special position in her heart. She would always refer to them as “my sister” taking complete ownership of her relationship with each of them. Her up bringing was firmly grounded in unshakeable faith and understanding the importance of a close family unit.

Not one to feel defeated by the complexities of life, Teneisha as we all know was the life of the party, vibrant personality, hilarious sense of humor with a contagious laughter. Her wit and humor captivated anyone she came in contact with but she was so much more then that, she desired nothing more than unity amongst the ones she loved.  Teneisha had an optimistic nature and was

fiercely determined in all that she set her mind to. As she approached young adulthood, her

smile and firecracker personality were both memorable and infectious. Teneisha's mere presence could

effortlessly light up a room and often did. She had an amazing sense of humor, was highly intelligent, yet,

humble and kindhearted. She loved to laugh trying not to take life too seriously.

In 2012 as a teenaged mother, one of her greatest accomplishments was to obtain her high school

diploma from Nature Coast Technical High School with her infant daughter by her side.

Upon reassessing her life and with the

blessing of her family, Teneisha decided to relocate to California. Her main objective was to obtain a

certificate as a dental assistant - a goal she accomplished! She eventually returned to Florida in order to

provide a solid foundation for her pride and joy - her beautiful young daughter.

Being the social butterfly that she was Teneisha joined a local kick ball league. Were she was happy to be amongst like minded people having fun and enjoying life. One of teneishas other greatest joys was her boys. These were her nephews who she once explained, loved her endlessly and without judgement..In return, she loved these boys just the same making sure to spend the time to get to know each of them individually. It was important for Teneisha to show them that she loved them for who they were.

Touched deeply by social injustice, Teneisha was also an advocate for racial and gender equality. She used her passion to support causes and movements that resonated within her heart. Teneisha was a young woman who was tenacious about life and all it had to offer. She was optimistic and quick to encourage others illuminating their capabilities and strengths rather than their limitations. Teneisha always sought to find some amount of joy in any possible given  situation. No matter what challenges each day may have brought, a simple phone call to her beloved daughter Chelsey was an instant pick me

up. Sundays were a regular time for dinner and family gatherings at her mother's home where she spent every moment enjoying the quality time she spent with her blossoming daughter, a bright and beautiful young lady who loved and cherished her special moments spent with her adoring mother. Holidays and occasional vacations spent with Teneisha's family meant enjoying sumptuous feasts, gift giving, laughter, music, and lots of love - this was her background. This was Teneisha's norm.

As an employee for Amazon Teneisha also took her job quite seriously. It provided even further stability as she began to create herlife map of realized accomplishments along with her projection of an even brighter future for her family.

Unexpectedly on March 24, 2022, Teneisha Griffith was called home to join her Lord and Savior

Jesus Christ of whom she had a great love and deep respect for. Teneisha is survived by her beautiful daughter Chelsea, her loving father Adrian Griffith, caring mother Maria Thomas and supportive step dad Nigel Thomas. She was the last of four sisters to Darcelle, Rena and Ashley, two step sibilings Niffy and shannyah along with two brother in laws Burt walters and Donald Darling. Well known as the fun aunt to 8 nephews, Tavon, Nicholas, Malicah, Elijah, Anthony, Carter, Gabriel and Alexander and one nephew that proceeded her, Christian. Teneisha leaves behind numerous relatives on both sides in the us and the Caribbean. Teneisha would undoubtedly encourage all to reflect lovingly upon the legacy she had begun to create, and how they can improve their lives to positively impact others.

To send flowers to the family or plant a tree in memory of Teneisha Griffith, please visit Tribute Store
Monday
4
April

Share Your Memory of
Teneisha
Upload Your Memory View All Memories
Be the first to upload a memory!
Share A Memory
Send Flowers