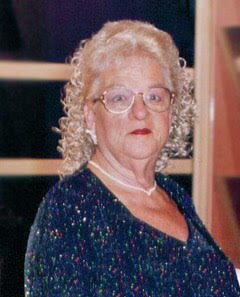 Carolyn Madonna Stafford of Winter Haven, Florida, was called home on February 13, 2022.  She was born to Mildred Messick Musselwhite and Leon R. Musselwhite in Eustis, Florida on April 16, 1944.  She lived most of her life in the Tampa area.

Madonna was married for 37 years to Ronald Stafford, who died in 2000.  They had two children, Ronnie Stafford (wife Jessi) and Madonna Dowling.  They had two grandchildren, Cody Stafford and Tyler Stafford, as well as two step-grandchildren, Shelly Taylor and Alton “PeeWee” Dowling.  Madonna also helped raise Kathy “Stephanie” Skupien, who was like a second daughter to her.  As one niece put it so well “she was everyone’s mom.”

Madonna loved her family and always welcomed anyone who needed a safe place to land. Her door and kitchen were always open, she had a big heart, and she was an amazing Southern cook.  She also loved to dance, and she loved glitter!

Madonna is preceded in death by husbands, Ronald Stafford and David Rainwater; her parents, Mildred and Leon Musselwhite; a sister Yolanda; and a brother Harold.

Madonna also leaves behind many nieces, nephews, in-laws, cousins, and other friends and family members who will miss her warm smile, her loving personality, and her amazing chicken and dumplings!

In lieu of flowers, the family asks that you make a contribution to a charity of your choice.

To send flowers to the family or plant a tree in memory of Carolyn Stafford, please visit Tribute Store

Share Your Memory of
Carolyn
Upload Your Memory View All Memories
Be the first to upload a memory!
Share A Memory
Send Flowers