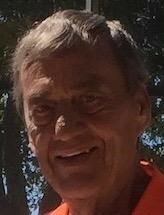 Roger R. Haig, 72, of Wesley Chapel, FLorida passed away on Tuesday, December 7, 2021 at his home. Roger grew up in Toluca, Illinois and moved to Normal, Illinois upon completion of his service with the United States Air Force. Roger and his wife Kathy moved to Florida in 2019. Roger worked as a cable splicer with GTE/Verizon for 32 years. Roger was preceded in death by his daughter, Stacie Haig of St. Louis, MO. His parents, James and Helen Haig and a brother, Dave Haig, all from Toluca, Illinois also preceded him in death. Roger is survived by his wife Kathy and his son Aaron, daughter-in-law Megan and grandson Cameron. Also surviving are his brothers, Ron Haig (Pam) of Lewiston, Il;  Terry Haig (Patricia) of Venice, Fl;  James Randall Haig of Peoria, Il. and Tracy Haig (Sandy) of Union, Kentucky.  Surviving sisters include, Cherie Aloysio (Tony) of Inverness, Fl;  Pam Strauss (Richard) of LaCrosse, Wisconsin and Chevyoune Wood (Don) of Cocoa Beach, Fl.  Roger enjoyed the love of multiple nieces and nephews.

Roger loved to watch Aaron golf and Stacie play basketball.  In addition to golf, he enjoyed fishing, most sports and having a beer with his buddies.  He was a loyal Chicago Cubs and Bears fan.  Megan, his daugher-in-law, was a "partner" with him in telling jokes and playing pranks.  His grandson Cameron provided the sparkle in his eyes.

Roger was married to Kathy for 49 1/2 years.  Prior to Roger’s long illness, traveling was one of their favorite pastimes.

Coming from a large family who lived in several different states, Roger was the glue that helped them stay in touch.  His love of family and sense of humor will be dearly missed.

Donations will be made to the Disabled Veterans.

Many thanks to the staff at James A. Haley VA Hospital and Gulfside Hospice, both in Tampa, Florida.

To send flowers to the family or plant a tree in memory of Roger Haig, please visit Tribute Store
Thursday
16
December

Share Your Memory of
Roger
Upload Your Memory View All Memories
Be the first to upload a memory!
Share A Memory
Send Flowers