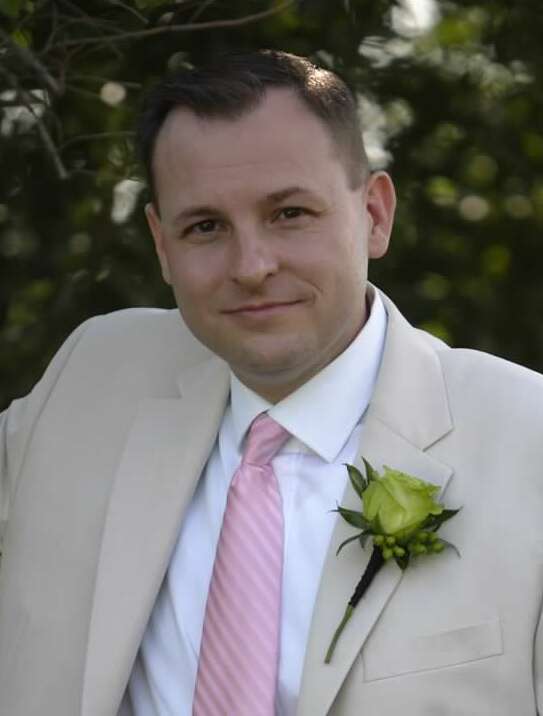 Jeffery (Jeff) James Wells was born on June 7, 1973 in Chillicothe, Ohio. For the majority of his youth and as a young adult, Jeff lived in Winston-Salem, NC with his parents, Carroll and Linda Wells, and his two brothers, Michael and the late Thomas Wells. Jeff met his wife, Holly (St Clair) Wells, in Raleigh in 2003 and they married in Hilton Head in 2010. Jeff and Holly built a full life in Land O' Lakes, Florida with their two beautiful children, Abigail (7) and Paxton (4).

Jeff attended the University of NC Greensboro for Business Administration and began his career as a Regional Director of Finance at the Highpoint Radisson for five years. He shifted from a career in hospitality to a rewarding one in healthcare as a Director of EVS with Hospital Housekeeping Systems for twelve years and then moved on to serve as a Regional VP with Healthcare Services Group since September 2018. Jeff was an amazing leader who enjoyed working with his colleagues and building competent, happy and inspired teams. At the end of staff meetings, he loved sending them off with his favorite motto, "make today better than yesterday!"

Jeff was a member of Bay Hope Church in Lutz, Florida. He enjoyed contributing to various charities and served as the American Heart Association Chairperson from 2016-2018 at Bayonet Point Hospital, where they raised thousands in funds each year for this great organization.

Jeff had many interests and hobbies, but among his most cherished were spending time with his friends and family, photography, cooking, cars, yard selling and "shopping around" for the best deal, movies and "good TV" ("The Big Bang Theory" was one of his favorites) and last but not least he loved Disney; going to the parks and watching Disney movies with his wife and children always brought him so much joy.

Jeff brought us all so much joy.  We'll miss him so much; his great sense of humor, his intelligence and wit, his warm smile, his funny faces (made mostly at his wife and kids), his amazing cooking, his tech savviness and know-how, his brilliant reviews/critiques of movies and food, his thoughtful gifts (he always loved choosing the perfect gifts for his family/friends) and all of the many other ways he impacted the lives of those around him. Just as Jeff always thought of Disney, we'll always remember him as: Merry. Magical. Memorable.

Surrounded by family and friends, Jeff passed away on October 23, 2021.  He is preceded in death by his brother, Thomas Wells.  He is survived by his loving wife, Holly Wells; daughter, Abigail A Wells; son, Paxton T Wells; parents, Carroll and Linda Wells; his brother and sister-in-law, Michael and Shannon Wells; his father and mother-in-law, Robert and Barbara St.Clair; his brothers and sisters-in-law, Michael and Jill St.Clair, Joaquin and Mandi Felsmann; nieces and nephews, Hayden, Gavin and Brooklynn Wells; Noah and Chloe St.Clair; Lucca, Jackson, Greyson and Claire Felsmann and many aunts, uncles and cousins.

Jeff's family would like to express their sincere gratitude for all of the love, support and many prayers from all of their family and friends.  They are very thankful for all of the doctors and staff at Moffitt in Tampa for their professionalism, dedication and care throughout Jeff's journey and they greatly appreciated the excellent services provided by the Diamond A Team at Gulfside Hospice.  Memorial contributions may be made to Moffitt Cancer Center or Gulfside Healthcare Services .

Share Your Memory of
Jeffery
Upload Your Memory View All Memories
Be the first to upload a memory!
Share A Memory