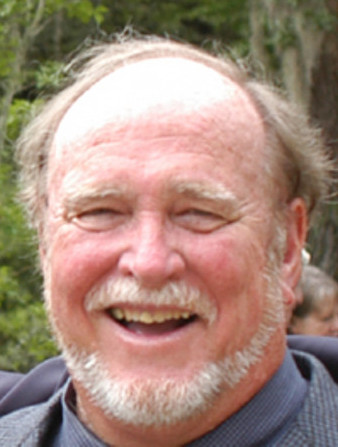 Floyd, Brodus Allen 79, of Tampa was taken from us way too soon on Sunday, February 7, having lost his battle with the unmerciful Covid virus.

Brodus was a graduate of Chamberlain High School, class of 1959, where he played drums in the band and was president of the National Honor Society.  He was a proud University of Florida Gator having graduated with a degree in Building Construction in 1963. After college he enlisted in the United States Air Force and served 13 months in Vietnam achieving the rank of Captain. In 1968, after his tour in the Air Force ended, he returned to Tampa to embark on a career in general contracting, having retired from that business just a few years ago.

Brodus had many passions including wildlife photography, raising orchids and gardening. He collected Civil War letters, stamps and coins. He also coached soccer for many years while his son and daughter were in their formative years, having taken an all-star soccer team to Scotland in the early 80s. He loved watching his Florida Gators play on TV as well as watching old westerns on the cowboy channel. Having said all of that, what he really loved was traveling with Dottie Lopez, his soul mate of 20 years. They wore out the highways and byways of this country seeing and absorbing the beautiful vistas this country has to offer.

Brodus leaves behind a loving family. He is survived by the mother of his children Mary Ann Floyd, his daughter, Teresa Floyd (Cliff Drawbridge), their son Bowen and daughters Ella and Scarlett, his son Jonathan Allen (Carrie Woods) Floyd, their daughters Bailey and Jordon, his brother Robert Donald (Deborah Wiggins) Floyd and only nephew Matthew Floyd and grand-nephew Zachary and grand-niece, Autumn. He was predeceased by his mother Carolyn Ellis Floyd and father Allen Merle Floyd.

Visitation will be held on Tuesday February 23 from 10:00 until 11:30 a.m. at Loyless Funeral Home, 5310 Land O' Lakes Blvd., Land O Lakes. Committal Service with Honors will follow at the Florida National Cemetery, Bushnell at 12:30 p.m..

In lieu of flowers, donations can be made to NPCA.org or wildlife.org.

To send flowers to the family or plant a tree in memory of Brodus Floyd, please visit Tribute Store
Tuesday
23
February

Share Your Memory of
Brodus
Upload Your Memory View All Memories
Be the first to upload a memory!
Share A Memory
Send Flowers