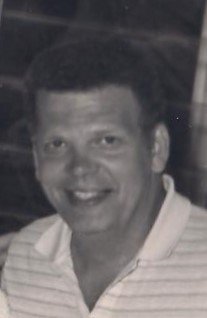 Roger Michael Cimbora, Sr. of Lutz, FL died December 19. 2020 at the age of 81 years of natural causes. He was born March 13, 1939, in Brooklyn, NY to John P. Jr and Catherine (English) Cimbora.   He is survived by his spouse, Glenna Canitz, and children, Roger Cimbora Jr. (Linda); and Katie Doig (Sean), as well as one grandchild, Cameron, siblings, Daniel Cimbora (Lynn), Judy Harris (Bob), and Paulette McLin (Ben).  He was predeceased by his daughter, Alicia Cimbora, and siblings Paul, Jackie, and Maureen.

His family moved to Masaryktown, FL when Roger was young, where his grandparents owned the Masaryktown Hotel. Several years later, Roger and his brother Paul returned to NY.

Roger was an Army veteran spending his active years in Germany. While there he played baseball with the Bamberg Riders. As they toured Europe, he soaked up local history, visiting countless castles and cathedrals. He was 18 and a man of the world.

Upon return to the US, he joined an uncle in NY, becoming a pipefitter.  He “walked steel”, crawled in utility corridors under JFK airport, and followed the cranes as they erected each floor of skyscrapers.  The skills he took from this-- the introduction into pipeline construction, plus the conviction that he could succeed-- opened the entrepreneurial pathway. Then in 1985, here in Florida, he opened Professional Piping Services, where he stood at the helm for over 35 years, turning the fledgling underground utility company from a 2- room, 3-employee operation to the thriving company it is today.

While pride in his work was important, friends and family were his lifeblood. Nothing was more paramount than get-togethers with roaring laughter in a room-- nailing a joke with his quick wit and timing. We are certain that if you had even met him just once you know exactly what we mean.

Roger always rooted for the underdog, seeing a glimpse of himself in every situation life throws at you. He had a great heart with that deep voice.

A private service was held with immediate family. A ‘Celebration of Life’ just doesn’t seem fitting for this man. So instead and at a later date, a giant party will be held the way he would want it--laughter, fireworks, and friends and family having the best time.

No matter where you are, you can honor him by telling one of his jokes at a moment when you think everyone just needs to relax with a big laugh--- that would make us all the happiest.

Roger was a true original and will always be deeply missed.

In lieu of flowers, donations can be made to the charity of choice or to Baldomero Lopez State Veterans in Roger's name.

To send flowers to the family or plant a tree in memory of Roger Cimbora, Sr., please visit Tribute Store

Share Your Memory of
Roger
Upload Your Memory View All Memories
Be the first to upload a memory!
Share A Memory
Send Flowers