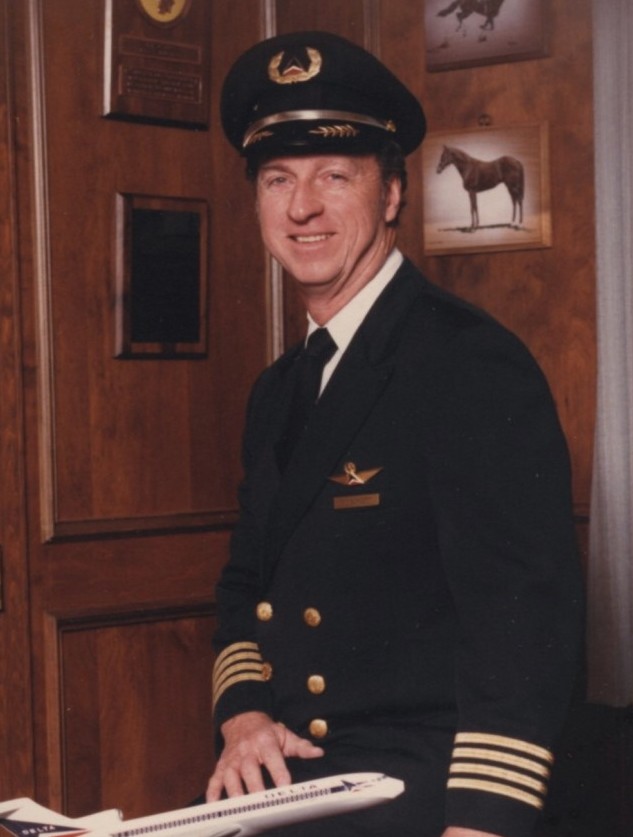 Captain Raymond Charlton Burnett, age 81 of Lutz, Florida passed away peacefully on November 15, 2020 surrounded by the love of his family.

Born on September 24, 1939 in Nashville, Tennessee Raymond graduated from Central High school in Nashville. He continued his education at Middle Tennessee State University and completed his aviation training in the Air National Guard. He was hired as a pilot for Delta Airlines in 1965. He would serve with distinction for 34 years until his retirement in 1999 as an International Captain flying the Boeing 777. Raymond was not the type of person to rest on his laurels. In 1975 he moved his family from Dallas, Texas to a farm in Ocala, Florida to start a new challenge. Raymond would over the next 25 years become a prominent Thoroughbred breeder who also served on the Board of Directors of the Ocala Breeders Sales Company during its foundation years. He would eventually start a racing stable running throughout the East Coast and Florida. After retiring in 1999 he bought a small farm outside of Tampa, Florida to be close to his children. Retirement for Raymond wasn’t laying on a beach or playing golf, but it gave him the opportunity to return to his passion, his Corvettes. Over the 21 years since retiring from Delta, Raymond would become a National Corvette Restoration Society Master Judge and complete numerous award-winning classic corvette restorations. The pride and joy of his restorations was his rare 1957 “Fuel-Injected” Corvette which was a NCRS Top Flight and Duntov Award-Winning car. His last classic car restoration was a true labor of love as he lovingly restored a 1975 Bronco for his daughter Rebecca.

While Raymond was a talented and accomplished individual, his greatest love was his family. Every sacrifice he made was for the benefit of his children. They always knew they could count on Dad. He always gave generously with his time to help his friends and family. Raymond never let anyone down and was always there when you needed him. He will forever be loved and missed by his family and friends.

Raymond is survived by his son Benjamin Burnett and daughter Rebecca Burnett, his former wife Dianne Burnett, his sisters Evie Burnett Moore and Lucy Burnett DePriest, and his brother John Burnett, in addition to numerous nieces and nephews.

In lieu of flowers, the family requests donations be made in Raymond’s memory to The National Corvette Museum or the Beagle Freedom Project.

To send flowers to the family or plant a tree in memory of Capt. Raymond Burnett, please visit Tribute Store

Share Your Memory of
Capt. Raymond
Upload Your Memory View All Memories
Be the first to upload a memory!
Share A Memory
Send Flowers