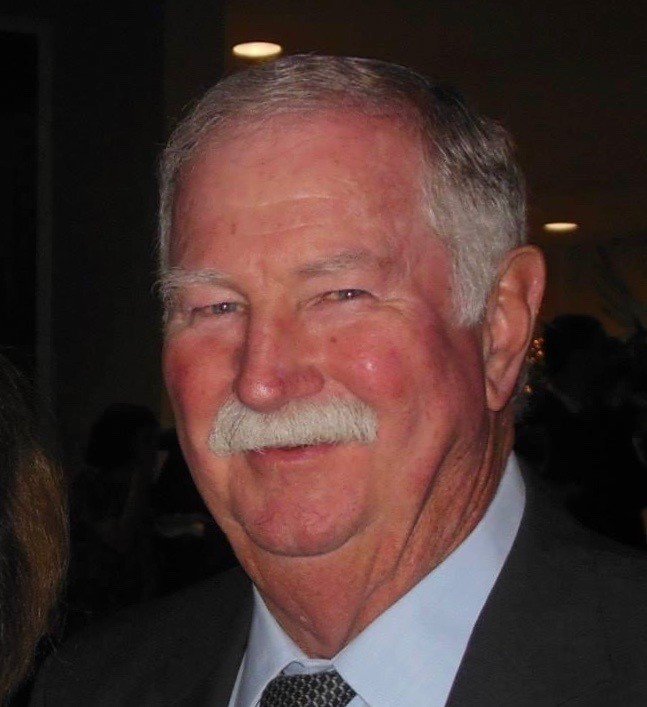 He was born in Margarita, Canal Zone on February 3, 1945. That reads out in 2345 and was a clear indicator that Tim was going to lead a unique and special life from the beginning. Son to Peter Corrigan Sr. and Helen (Nash) Corrigan and brothers with three other rough and tumble Irish boys; Pete., Eddie, and Mike. Tim was always cherished by his all-encompassing family. He was a proud fourth-generation Zonian and his ancestors helped in the construction of the Panama Canal where he lived most of his life.

As an up and coming eligible bachelor in the Canal Zone, Tim was well respected for his athletic ability. He was named “Most Athletic” of his 1964 Balboa High School class where he once scored a memorable 6 touchdowns in one game.

Soon after, Tim attended Canal Zone College and Florida State University in Albrook AFB, Canal Zone. On July 26th, 1969, Tim married the love of his life, Taffy (Koepke) Corrigan, the girl next door, and would always refer to it as “Taffy’s Lucky Day.” He earned his Bachelor’s and Master’s degrees from Nova University. He began his 32-year career with the U.S. Government in 1966, as a Federal Police officer with the Canal Zone Police Division and culminated his career with the Panama Canal Commission as the Chief Printing Officer. In 1990, he was presented with The Panama Canal Honorary Public Service Award.

On the glorious day of June 20, 1998, Tim retired a kept man (as he so affectionately called it). Afterward, he and his family relocated to Centreville, Virginia to support his wife’s career. Upon Taffy’s retirement in 2008, they moved to Tampa, Florida where he re-connected with many Canal Zone friends on the golf course.

As a natural-born leader and a pillar of his community, Tim devoted many hours to youth activities. He coached Chris and Colleen’s sports teams along with the many neighborhood children and friends, all of whom affectionately referred to him as “Coach”. His coaching prowess included football, softball, baseball, golf, and Cayuco. In Tim’s words, “there is no greater privilege than to work with kids, gain their respect, earn their trust, and most of all, become their friend; which is an honor few adults are lucky enough to achieve.” The medals, pictures, plaques, and trophies on the wall in his house paint a clear and vivid picture of an honorable and distinguished gentleman with the proclivity to settle for nothing but a win. As one plaque reads “Coach Tim Corrigan - The Legend.” All agreed upon by his players and loved ones.

His stories were also legendary and will live on in all of us. Tim practiced and mastered the art of storytelling, remembering details of people and situations throughout his life that were seemingly an unfathomable task to everyone else. He possessed a special larger than life personality that exuded positive energy. As a result, everyone he came across felt so very special. Tim was honest, reliable, selfless, loyal, respectful, and steadfast. A true “One of a kind.”

In lieu of flowers, donations may be made to St. Jude gift funds. Click on the link: http://giftfunds.stjude.org/Tim_Corrigan

Due to the perilous time with Covid-19, the family has decided to have a memorial service for immediate family only. The service will be live streamed for anyone that would like to view. The service will be on Thursday, August 6, 2020 at 10:00am. Please join us through our Facebook group Tim Corrigan Memories.  Later, when it is safe to gather, there will be a celebration to honor Tim.

The family has created a Facebook page in Tim Corrigan’s honor. Tim Corrigan Memories Facebook Group will be a platform where people can visit to share stories and memories of him, retell the stories he would tell, and remember his saying and “Timoisms”! If you do not have Facebook, please share a memory here and the family will tag your name to the story on Facebook.

To send flowers to the family or plant a tree in memory of Timothy Corrigan, please visit Tribute Store

Share Your Memory of
Timothy
Upload Your Memory View All Memories
Be the first to upload a memory!
Share A Memory
Send Flowers