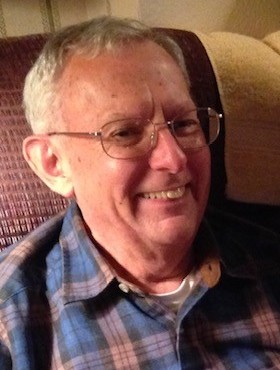 Charles Randall (Randy) Adams of Land O Lakes, Florida passed away on July 22, 2020 after a battle with Alzheimer’s Disease.

Randy was born in Shreveport, Louisiana on November 24, 1945.  He was the son of the late Edna Marie Adams Deen and Robert J Adams, Sr.  He is survived by his wife of 50 years, Carolyn Hage Adams of Land O Lakes, his 3 children, Ali Adams of Redington Beach, FL, Charles E Adams and spouse Thomas Mandelion, of Slidell, LA and Danielle Adams Wilson and spouse Brian Wilson of Land O Lakes, FL, as well as his 7 grandchildren, Charles and Adam Schafer, and JB, Raelyn, Braden, Declan, and Dalton Wilson.  He is also survived by his two brothers, Robert J. Adams, Jr of Shreveport, LA, and William J Adams of Bossier City, LA and sister Patti Deen Underwood of Shreveport, LA.

Randy graduated from Rollins College with a Bachelor of Science Degree in 1973 and from the University of Central Florida with his Master’s Degree in engineering in 1989.  He worked for Orlando Utilities for 28 years before retiring in 1995 as a manager.  Randy spent 10 years in the Coast Guard Auxiliary, a passion of his.  He enjoyed patrolling the coast and spending time on his boat.

Randy was a member of Idlewild Baptist Church where he enjoyed learning and growing closer to his Savior.  He and his wife were actively involved in the senior ministry and could often be found traveling with them.

Randy enjoyed all things electronic, the outdoors, anything sweet to eat, and spending time with his family.  He will be greatly missed by all those that knew him but we are comforted in knowing that he is made whole again in the presence of Jesus.

“So also you have sorrow now, but I will see you again, and your hearts will rejoice, and no one will take your joy from you.” John 16:22

A celebration of life will be held at a future date.

In memory of Randy, donations may be made to the Alzheimer’s Association in his name.

To send flowers to the family or plant a tree in memory of Charles Adams, please visit Tribute Store

Share Your Memory of
Charles
Upload Your Memory View All Memories
Be the first to upload a memory!
Share A Memory
Send Flowers