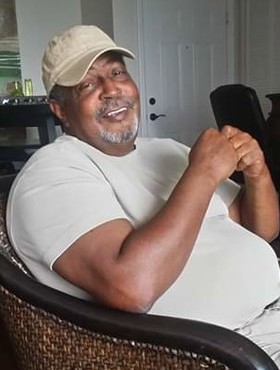 Kevin Richard Black, of Tampa, FL, passed away on Sunday, May 3, 2020 after reaching the
age of 66 years old. He died peacefully at Melech Hospice House in Tampa with his wife
Annette and son Ke’an by his side. Kevin was born on November 2, 1953 in the Bronx, NY to
Norma Springer Black and David Easton Black. As a boy, he lived mostly with his mother, sister
Sandra, and grandparents of Barbadian ancestry on “The Hill” in Harlem, NY after the death of
his father in 1954.

Kevin served in the U.S. Army from 1972 to 1980 as a Military Police Officer, trained German
Shepherds in the K-9 Corps at bases in South Korea (two tours of duty), and also provided
missions support at Fort Buchanan in Puerto Rico and Fort Hamilton in Brooklyn, New York.
He obtained his GED from the University of Hawaii while in the Army, which gave him a
foundation for positions held later in the finance field.

Upon returning to the U.S., Kevin accepted an entry-level position at Bear Stearns, where he
met his current wife Annette, and moved to Staten Island, NY in 1984. He enrolled in the
New York School of Finance in 1985 and worked at Manufacturers Hanover Trust from 1985 for
about five years. From 1990-1992, he assisted in balancing the yearly general ledgers for the
Collections Department of Chemical Bank.

In 1995, Kevin and his family relocated to Owings Mills, MD, where he worked for six years
transporting prisoners for the Wackenhut Securities Corp. His held his last full-time position
for five years until 2006 as an Armed Security Officer, protecting the Federal Aviation
Administration Tower as a government contractor with Homeland Security at Baltimore/
Washington International (BWI) Airport.

Now retired, Kevin wanted to live in sunnier settings, so he his family moved to St. Lucie County
and then to Tampa, where he enjoyed doing “as little as possible,” whether it was watching his
wife fish or observing the comings and goings of life from his terrace. Although he never
mastered an instrument, he greatly enjoyed the music of Mississippi and Delta Blues artists,
amassing a collection of drums, a guitar, and a piano that he hoped his grandson Benjamin
might play one day.

If desired, please click on this Loyless Funeral Home website’s “send flowers” link to donate a
Memorial Tree, which will be planted in Kevin’s honor where needed in the U.S.

To send flowers to the family or plant a tree in memory of Kevin Black, please visit Tribute Store

Share Your Memory of
Kevin
Upload Your Memory View All Memories
Be the first to upload a memory!
Share A Memory
Send Flowers