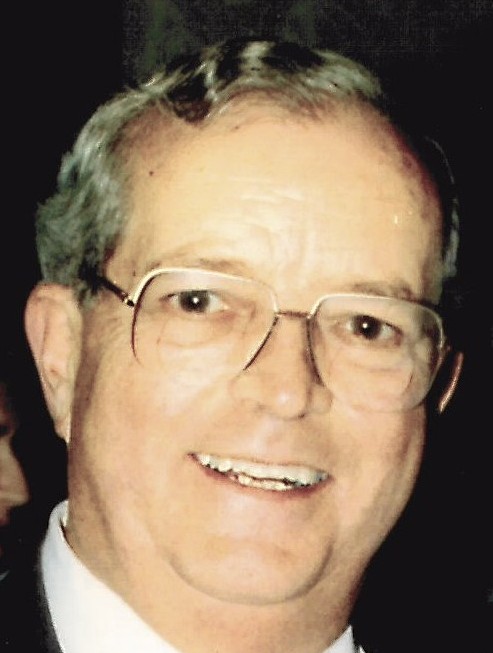 Born September 9, 1925 in Latrobe, PA, he was the son of the late Dr. Charles S. Miller and Ethel Bayard Miller.

Stephen graduated from Meadville PA High School in 1943, where he participated in several sports, including soccer. He enlisted in the Army Air Corp, training to become a bombardier.

Stephen graduated from Allegheny College in Meadville in 1948 where he was a member of Phi Gamma Delta, Block A, and an original participant of the original Washington Semester Program. Stephen married his high-school sweetheart, Joan Peters ‘48, on September 11, 1948. Their life together took them from PA to FL, back to PA, and, one last time to FL, where they settled in Tampa.  He was active in community affairs and a banker by profession.

Stephen was a devoted husband, father, grandfather, and great-grandfather.  His family meant the world to him.  He was predeceased by his beloved wife of 65 years, Joan, in 2014.  Also predeceasing him are his brothers, Charles, Robert, William, and sister, Martha.  He is survived by his 3 children and their spouses, Allyn Perry (Clark) of Branchville, NJ, Stephen, Jr. (Pam) of Erie, PA, and Andrew (Sherrie) of Tampa.  Also surviving are grandchildren Megan (Miller) Bush, Derek Perry, and Ashley (Miller) Scheloske, and Hannah Miller,  4 great-granddaughters, Savannah, Annalise, Isla, and Bella, his brother, Edwin, and many nieces and nephews.

Funeral Mass will be celebrated at 3:00 PM on Thursday September 12th at St Mark The Evangelist Catholic Church in Tampa.

Final resting place will be at Bay Pines National Cemetery.

In lieu of flowers, the family request donations be made in his memory to The Humane Society of Tampa Bay (OR) Metropolitan Ministries in Tampa.

To send flowers to the family or plant a tree in memory of Stephen Miller, please visit Tribute Store
Thursday
12
September