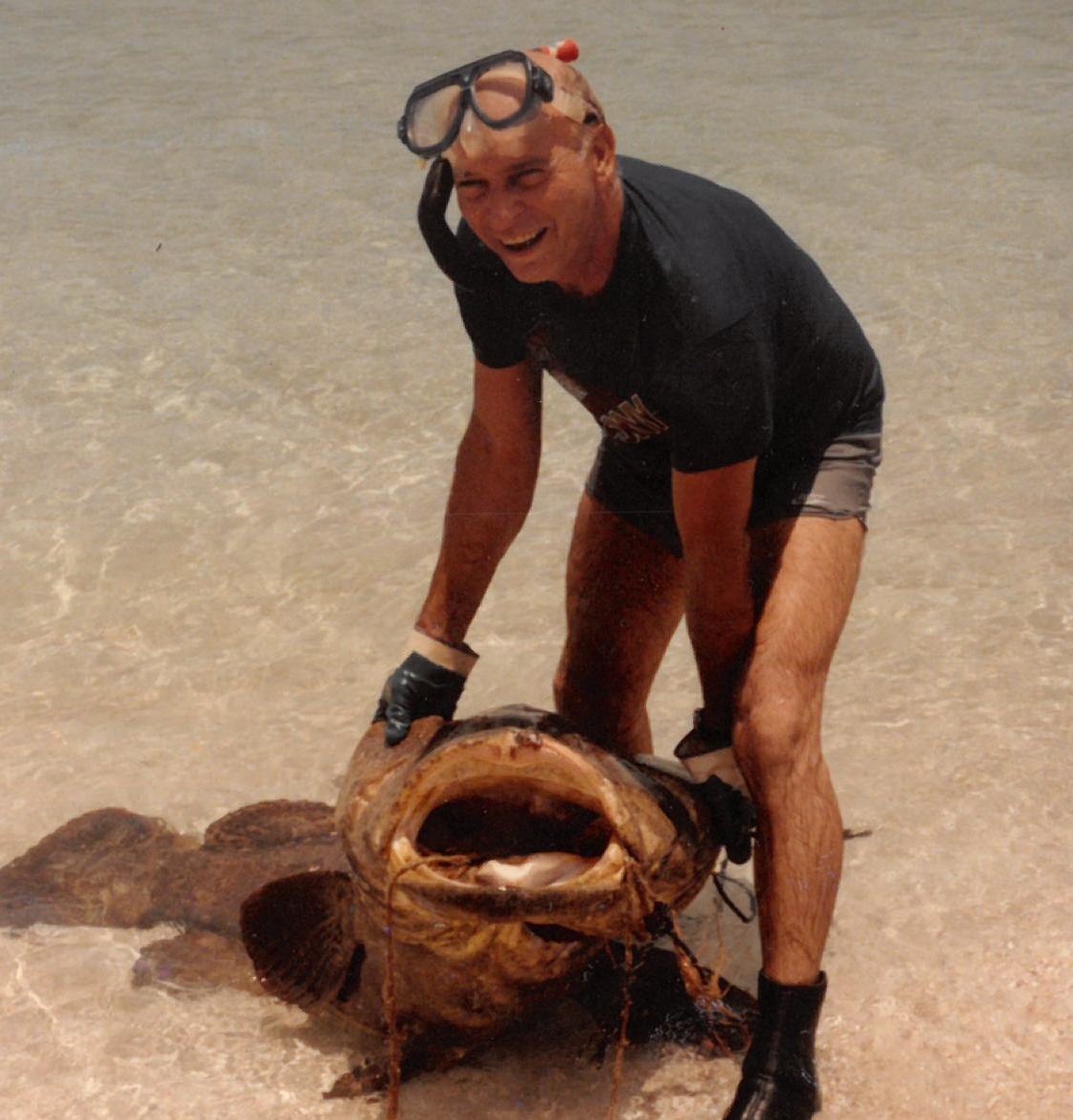 Herb’s adventures have come to a pause at the age of 83. He received a call on April 24, 2019, a sort of an offer he couldn’t refuse, to join his wife, Emma for extended travel plans. This new destination comes with a lot of fishing and scuba diving; hiking and tubing in the Smokey Mountains; driving an RV out west for another trip with Emma and his parents; and a reunion with family and friends who he has not seen in a long time. Herb’s new endeavors will take him back to all the wonderful places he has told stories about over the years. A place where he will be talking about his many adventures of enjoying the sea in the boat he loved, diving for grouper and lobster, running marathons and playing volley ball! Perhaps he will be browsing for lawn mowers at yard sales to repair and sell, a favorite hobby he enjoyed. Country music, laughter and love are guaranteed, and all his favorite dishes prepared by Emma, chicken and dumplings at the top of the list. Herb left detailed instructions for his children and grandchildren to follow the motto “Life is for the Living,” “Signs are for other people,” “Sleep when you get older,” and “I’m here now” to name a few. Low adherence to these instructions will not be tolerated; no warnings will be given and don’t ever be late!

Herbert Thomas Coluccio’s story starts on May 11, 1935, one of seven children to Louis and Lula Coluccio. Herb was born and raised in Rome, New York. At a very early age he pursued a love for adventure and filled his days with school, sports, work, and chores, living every day to the fullest. As a young boy, Herb was charged with taking care of his younger brother, Bruce. They remained very close and shared a lifetime of laughs, fun and adventures. Herb ‘s competitive spirit was noticed early on while boxing in exhibitions at the military base at the tender age of eight. He began weightlifting and running as he entered middle and high school to become a better athlete and condition for JV and Varsity football. As a teenager, he trapped muskrat in the cold winters with his dog, Dan who innately knew just what to do. He mowed lawns and baby sat for his nieces and nephews and also worked construction on Delta Dam even in the most severe weather. He drove a big box truck to deliver hams throughout the state, and eventually found his niche in machinery with Bartells Manufacturing. In his early twenties he got into stock car racing, winning many local races, and was well known on the circuit. Herb found a life time partner and the love of his life of 55 years with his wife, Emma and they would raise six children together, five girls and one boy. In 1969, they moved from the small town of Ava, New York to Tampa, Florida. They enjoyed their new life in the sunshine state while raising their six kids to be independent, competitive and adventurous. Many vacations were spent visiting family in New York and camping. They enjoyed the beaches and boating, spending long days cooking out and swimming at their favorite spot at Coquina Beach. Later, when they became grandparents, they planned annual summer trips to the Smokey Mountains with their grandchildren. Herb made certain to show the grandkids all the fun stuff; like hiking, tubing, and sliding rock and in that they found a love for nature and their adventurous spirit. Herb worked as a Machinist for Reynolds Metals Can Plant for 30 years. Although he retired at the age of 62, he continued his desire and sense of purpose to be a fixer and problem solver. He often spoke of his fellowship with co-workers and what a great place it was to work, but never described it as a job. Herb would never fully retire from what he loved as he was later known as “the lawn mower man” in the community where he lived. When Emma passed in 2015, Herb gained a deeper appreciation for how much she had lifted him up over the years and was humbled by what he had learned that he didn’t know of all the things Emma did to keep the household running and their big family close together.

In honor of Herb’s zest for life and love of family, the family home will be open to all visitors between 12:00 p.m. and 2:30 p.m. on Saturday, April 27 with a private family celebration of Herb’s life to follow.

Words of comfort may be expressed for Herb’s family by clicking “Add Condolence.”

To send flowers to the family or plant a tree in memory of Herbert Coluccio, please visit Tribute Store