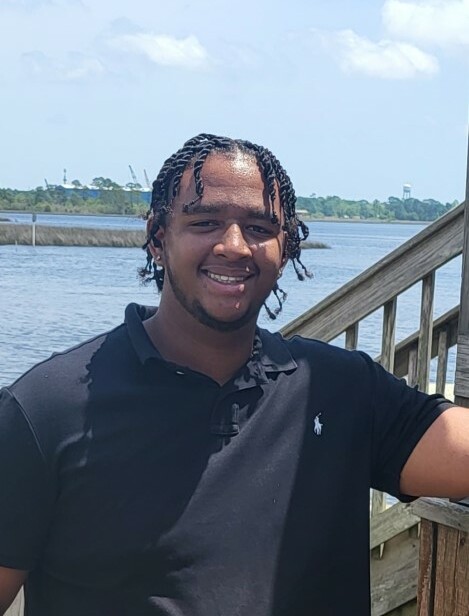 Keven Matthew Taylor was born in Pascagoula, Mississippi to Keven T. Taylor and Sabrina White on February 28, 2004.  His life came to an abrupt end on Monday, December 19, 2022.  He is a graduate of the Class of 2022 of Land O’ Lakes High School.  Throughout his high school years he played in his favorite sport, football, as guard and defensive tackle for the Gators as #51. Over the past 3 years, he explored many employment opportunities until his most recent position as an electrician apprentice for Alliance Power Solution where he was destined for greatness.

If you knew Keven, you knew he was genuine and tender at heart. Keven never met a stranger and left a lasting impact on everyone he came in contact with.  He had a very charismatic personality and a smile that was so contagious that even on your worst day you had to give in and smile back!  He loved hanging out with his friends and loved spending valuable time with children.  He was known to crack corny jokes or ‘jank’ on you!  He had several other hobbies such as being a connoisseur of food of all kinds, paintballing, playing PlayStation games with his friends, Marvel comics, being a fan of the New York Giants, and his most favorite pastime…aggravating his grandmother Betty and brother Thomas!  One minute Keven was stubborn and the next he was goofy and playful, but it was always out of love!

Keven had an extremey friendly and kind personality!  He would give you the shirt off of his back if needed because he had a heart of GOLD and was a selfless young man.

He is preceded in death by his maternal grandfather, John White, and his paternal grandmother, Reann Taylor.

To send flowers to the family or plant a tree in memory of Keven Taylor, please visit Tribute Store
Saturday
24
December

Share Your Memory of
Keven
Upload Your Memory View All Memories
Be the first to upload a memory!
Share A Memory
Send Flowers