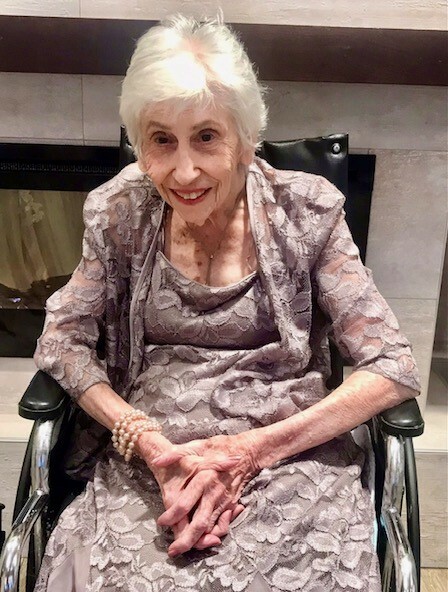 Mary Alice Golsen passed away on December 10, 2022. She was the middle child of seven, growing up in Miami Springs, Florida. She excelled at school and graduated a year early from Florida State University. Mary Alice taught elementary school for several years in southwest Florida.

While playing tennis one day, she met a young man from Washington DC named Gene Golsen. They were married and started their life together in Miami Springs. Gene’s career with the Department of Agriculture offered many opportunities which resulted in moves to Levittown, New York and Rockville, Maryland. Her life changed when Gene passed away from cancer at a young age, leaving her with five children and no job. While she wanted to return to Florida, Mary Alice realized that her children had established good routines in Maryland with education, sports, and friends. She took on odd jobs as they became available to make ends meet.

Demonstrating her Christian spirit, her door was always open for friends who needed a short-term place to stay. Once her children were grown and married, she was able to move back to Florida. Her daughter was in Tampa and a house became available in her neighborhood. Mary Alice spent 11 years enjoying the warm sunshine on her lanai. The tropical landscape and birds on the lake nourished her soul for many years. The final portion of her life was spent in a vibrant assisted living facility. She quickly made many friends and enjoyed all of the activities they offered, especially the music. Mary Alice died peacefully after a full, prosperous life.

In lieu of flowers, donations may be made in her name to the Hereditary Spastic Paraplegia Association at https://hspgroup.org or the American Cancer Society at https://www.cancer.org

A viewing will be held at John Hanks Memorial Services - 1461 NW 17th Ave Miami, FL from 11:30-12:30 on Saturday, December 17. A Catholic mass will be offered at 1:00pm on Saturday, December 17 at Blessed Trinity Church - 4020 Curtiss Parkway Miami Springs, FL She will be buried the same day alongside family members in North Miami.

To send flowers to the family or plant a tree in memory of Mary Golsen, please visit Tribute Store
Saturday
17
December

Share Your Memory of
Mary
Upload Your Memory View All Memories
Be the first to upload a memory!
Share A Memory
Send Flowers