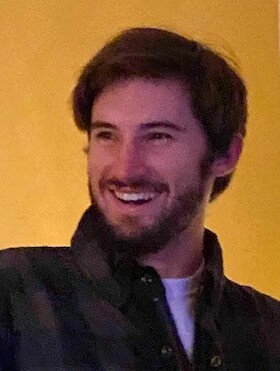 Jarred Michael Mauer, 25, of Land O’ Lakes, Florida passed away on October 19, 2022.  He was born in McHenry, Illinois and moved to Florida in 2014.  Jarred was an adrenaline junkie who loved riding his motorcycle and dirt bike, as well as working on them almost as much. He enjoyed traveling and making amazing memories, doing his famous backflips off mountain cliffs, diving the springs and oceans of Florida, as well as hitting the slopes on his snowboard.  He loved to have Sunday supper with his family and always enjoyed his time with his furbaby Brutus and his reptilian daughter Ailani.  He is preceded in death by his Grandpa Ron Mauer and Uncle Randy Mauer.  He is survived by his mother, Jeannie (Chris) Lueder; father, Tim (Kristy) Mauer; maternal grandparents, Jerry and Linda Schneider; paternal grandmother, Eileen Mauer and step grandparents, Al and Nancy Lueder, Doug and Peg Altenburg; brothers, Justin Lueder and Jake Mauer; step sister, Simone (Chase) Kyska; “brothers” Jacob Kirchner and Matthew Dahlberg; uncles, Ron (Sue) Mauer, Eric (April) Lueder, Todd Lueder and Matt (Debbie) Lueder; aunts, Julie (Chris) Strzalka, Debbie (Tom) Janikowski, Kathy (Hess) Beesley; Mikey Harden (cousin/bro); many cousins and amazing friends.

In lieu of flowers, memorials can be made to Jarred’s family, where specific charities will be determined at a later date as Jarred loved so many beautiful things. You can send cards directly to the family home:

To send flowers to the family or plant a tree in memory of Jarred Mauer, please visit Tribute Store
Friday
28
October

Share Your Memory of
Jarred
Upload Your Memory View All Memories
Be the first to upload a memory!
Share A Memory
Send Flowers