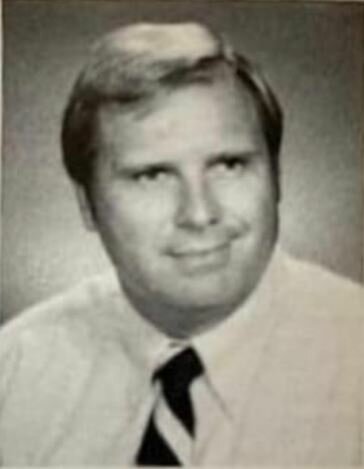 A career educator, Norman retired from Hillsborough County School District after serving 42 years as a high school math teacher and football coach. He was a 1965 graduate of Lakeview High School, St. Clair Shores, Michigan, where he was a four sport letterman. He graduated from the University of Tampa where he played football for the UT Spartans, was a member of Theta Chi Fraternity, and earned a Bachelor of Science degree. He continued his education earning a Master’s Degree in Education from Western Kentucky.

Soash, who grew up in a family of educators, took a job as an intern at Robinson High School and remained for 10 years before transferring to Chamberlain High School. During his tenure, Norm helped coach The Chiefs to many titles in football, basketball, and flag football. The Tampa Chapter of The National Football Foundation honored him as the first Assistant Coach of the Year in 1998.

Beloved by students, athletes, fellow coaches and colleagues, Norm embodied the best of all coaching and teaching gifts: the keen ability to build strong teams and instill confidence coupled with genuine compassion and care. He inspired generations of young people to work hard, earn respect, and believe in themselves, as he believed in them. Norm was known for leaving notes of encouragement for his students - words remembered by them as adults for years to come.

An avid tournament fisherman, upon retirement, Norm enjoyed family lake life, fishing and teaching his granddaughter, Bailey, to fish alongside him. He was an active member of the South Pasco Bassmasters.

In lieu of flowers, memorial contributions may be made to your charity of choice or to the Rector’s Discretionary Fund at St. John’s Episcopal Church

To send flowers to the family or plant a tree in memory of Norman Soash, please visit Tribute Store

Share Your Memory of
Norman
Upload Your Memory View All Memories
Be the first to upload a memory!
Share A Memory
Send Flowers