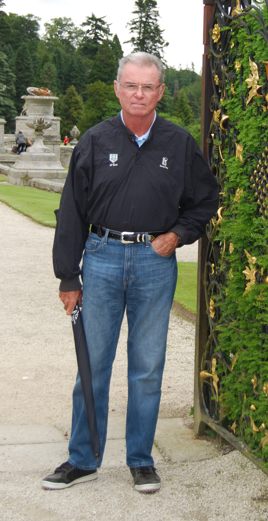 Paul Robert O’Dea was born in Southampton, NY on February 21, 1940; to parents Elizabeth Cook and John Robert O’Dea.  Butch, as he was known then, had a very difficult childhood marked b time in foster homes, orphanages, and stays with relatives in various states.  His mom was not well during Bob’s early years.  His stepfather, Robert Lee Saunders, changed his name to Paul Robert Saunders and the two were close their entire lives.  Bob D. Saunders, a lovely man helped develop Bob’s interest in sports, in which he excelled.  A stable life in Fishersville-Waynesboro, VA followed and Bob Saunders became a star in baseball at Woodrow Wilson High School.  Many of his records were in place for years.  He was Class President, and graduated in 1958.  He attended many class reunions throughout the years, most recently in Staunton with a number of his old friends.

Enlistment in the Air Force followed High School.  Bob served in North Africa and other overseas locations, then was stationed at Tyndall Air Force base in Panama City, Florida.  During his time at Tyndall he played on the All Air Force softball team which took him to three continents.

He met and married, Harriet Bodiford in Panama City.  They had two children, Tracy Elizabeth Saunders Aguilar and Robert Kent Saunders, deceased.  Bob’s years in Panama City post Air Force were very busy on a business and community level.  He was active in Jaycees, many charities, and built a successful insurance career there.  He was nominated and selected as one of the Florida Jaycees Outstanding Young Men of Florida.  His charity work and volunteer coaching were fulfilling activities for this generous man.

He later moved to Tampa, Florida where his career path took him in the Insurance industry.  He traveled the US recruiting talent for a number of companies, until his health prevented him from continuing.  He was an accomplished golfer, who played the top courses in the US and Europe.  His wife, Leslie Harris Saunders, and he loved to travel to Europe where they collected art, antiques, and books.

His last few years were marked by struggles with dementia.  He was still able to enjoy family and his two Labrador Retrievers, Deuce and Finnegan.

He is survived by his wife of 42 years, Leslie Saunders, and his daughter Tracy Aguilar, granddaughter Tesa Aguilar, stepson Craig Scurato, daughter in law Joanne Rauth Scurato and two grandchildren, Aiden Scurato and Liddy Scurato, as well as nephew Ret. Commander Franklin P. Fries, and family, and niece Melissa Frisinger and family.  He is also survived by his cousin Edward Pendarvis of South Carolina.

Burial will be at Florida National Cemetery in Bushnell, Florida.  A remembrance celebration will follow at a date to be announced.

Donations can be made to St. Joseph's Hospital Foundation

To send flowers to the family or plant a tree in memory of Paul O'Dea, please visit Tribute Store