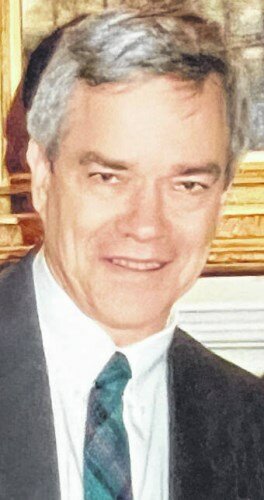 Dr. Jeffrey T. Beams of Tampa, Florida, father of Haley Beams of Tampa, Florida, and son of Helen Beams of Xenia, Ohio and the late Rev. Kenneth Beams, passed away unexpectedly on April 21, 2022. Dr. Beams was born in Cleveland, Ohio on March 23, 1951. He moved with his family to Xenia, Ohio in 1961. He graduated from Xenia High School in 1969. He attended Ohio University for his college education, graduating with a B.A. in Psychology in 1974. He was a member of the Delta Tau Delta fraternity at Ohio University. While serving as their president, he worked to assure that all members of the fraternity serve as a mentor in the Big Brothers program, an endeavor those who knew and loved Jeff would recognize as characteristic of him. He later earned a Masters in Psychology degree from John Carroll University while working in Cleveland. A devoted Christian, Dr. Beams considered becoming a Christian minister. Ultimately deciding to dedicate his life to work in medicine, he attended the Ohio University College of Osteopathic Medicine, earning his medical degree in 1988. He was the recipient there of the Medical Humanities Award, presented to a graduate who demonstrates skill and interest in the improvement of physician-patient relations. He interned in Long Island, New York and worked in other locations before taking a position in Williamsport, Pennsylvania, where he served as Medical Director of Susquehanna Health System Behavioral Health Center's Outpatient and Partial Hospitalization programs for a number of years. Relocating to Tampa, Florida, he continued working as a psychiatrist for the remainder of his life. He practiced for a number of years with Bay Area Psychiatry, and worked most recently as a consulting psychiatrist at a prison facility near Ocala, Florida. Dr. Beams (Jeff to his family and many friends), was a dedicated and accomplished athlete, with a lifelong love for sports and the ideals they can, at their best, instill in those who participate. He played football for Xenia High School, and recently attended the induction of his entire 1969 X.H.S. football team to the school's Hall of Fame. He attended Ohio University on a football scholarship, lettering in 1972 and 1973. In his last year at Ohio University, Jeff was selected as an All Mid-American Conference football player. He was also recognized as a Fellowship of Christian Athletes All-American. Jeff was signed as a free agent by the Cleveland Browns, and almost made the team in 1974; a second attempt the following year was cut short by injury. He spent a year as a counselor and football coach at Culver Military Academy in Indiana before beginning his ultimate pursuit of a career in medicine. Jeff was a member of Tampa Bay Presbyterian Church, where he has served for years as the leader of the Saturday morning Men's Bible Study group. Jeff saw this work, his work in psychiatry, indeed all his endeavors, as a kind of ministry. Jeff's love for his family and friends, the positive nature and good humor he brought to bear in every interaction, and his tireless effort to achieve worthy goals will abide forever in the memory of those who loved him. Dr. Beams is survived in his family by his beloved daughter Haley Beams of Tampa, Florida, Haley's mother and Dr. Beams' former wife Angela Aiello of New Jersey, his mother Helen Beams of Xenia, Ohio, sister Joyce Willis of Englewood, Ohio, brother Mark Beams (Ann) of Hanover, New Hampshire, niece Clare Beams (Finnegan Calabro) and daughters Tess and Joanna of Pittsburgh, Pennsylvania, nephew Owen Beams (Eden) and daughters Madelyn and Cadence of South Hampton, New Hampshire, brother Greg Beams of Xenia, Ohio, aunt Alice Harmon and cousin James Harmon of Mentor, Ohio, cousin Glennee Falzareno (O.J.) of Orchard Park, New York and family, cousin Holly Smiley of Mundelein, Illinois and family, and cousin Mary Liz Jackson of Archdale, North Carolina and family. Visiting hours will be held from noon to one-thirty at Loyless Funeral Home, 5310 Land O' Lakes Blvd., Land O' Lakes, FL. 34639 on Saturday, April 30, with a private graveside service to follow. A memorial service will be held for Dr. Beams at Tampa Bay Presbyterian Church, 19911 Bruce B. Downs Boulevard, Tampa, Florida 33647 on Saturday, May 7, at 11 AM, with reception to follow. In lieu of flowers, memorial contributions may be made to Tampa Bay Presbyterian Church, 19911 Bruce B. Downs Boulevard, Tampa, Florida 33647. tampabaypresbyterian.org. Condolences may be made to the family by visiting the website of Loyless Funeral Home,5310 Land O' Lakes Blvd., Land O' Lakes, FL.,       34639, loylessfuneralhomes.com.

To send flowers to the family or plant a tree in memory of Dr. Jeffrey Beams, please visit Tribute Store
Saturday
30
April

Share Your Memory of
Dr. Jeffrey
Upload Your Memory View All Memories
Be the first to upload a memory!
Share A Memory
Send Flowers