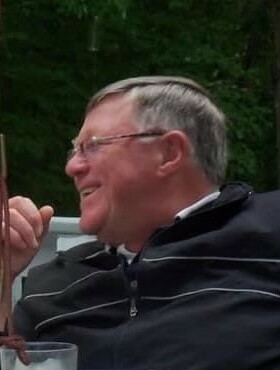 Stephen Boryczewski Baris passed away at home on February 12,2022. Born in Augsburg, Germany to Alexander and Mary Boryczewski, Steve emigrated to the United States in 1950. His family settled in Clifton, New Jersey. Steve attended Pope Pious High School in Passaic, New Jersey and Seton Hall University in South Orange, New Jersey on a baseball scholarship. In 1970 he played on the Chicago Cubs farm team in Caldwell, Idaho for one season.

He spent his work career in sales. For two years, he and his late brother Frank owned the Banana Man…a bar in Clifton New Jersey. It was at the bar, Steve honed his cooking skills. He retired from sales in 2013. He enjoyed ice fishing in New Jersey and salt water fishing in Milford, Connecticut. Known in his Florida neighborhood as Mr.Steve, he always had frozen treats for the children .

Steve is survived by his wife of 51 years Maria (Megaro), his son Stephen and his wife Michelle and his daughter Aubrie Manning and her husband Chris ,his cherished grandchildren Emma Baris and Austin Baris, and his brothers Alex Baris and Michael Baris. He was predeceased by his parents Alex and Mary Boryczewski and his brother Frank Baris.

To send flowers to the family or plant a tree in memory of Stephen Baris, please visit Tribute Store