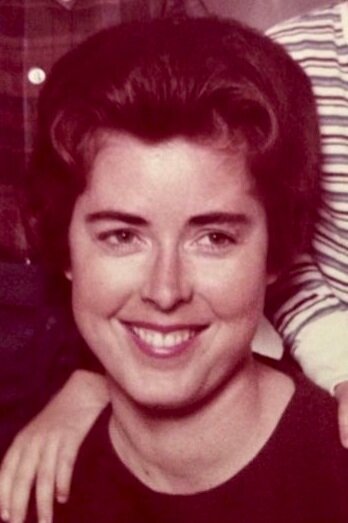 Frances Lou McCarn nee Hamilton, passed away December, 7, 2021, at the home of her son in San Antonio, FL. She was 84. Frances was born July 31, 1937, to William and Duffy Hamilton. After graduating from Belmont High School (Class of 1956), Frances worked at the Bank of Belmont.  In 1958, she married Larry McCarn. During their 63 years of marriage, Frances gave birth to two boys and had the opportunity to visit many different countries during Larry's 28 year career in the USAF.  After Larry's retirement,  Frances and Larry would eventually return to Belmont where she was an volunteer for the Belmont Historical Society, her high school class alumni and was an enthusiastic supporter of the South Point High School Red Raiders. Above all, her unselfish and genuine compassion for others will be tremendously missed by so many.  Frances is survived by her husband, Charles, her sons James Michael (Joanne) and Lee (Candie), and her 5 beautiful grandchildren. She is also survived by her best friend and sister, Mary (Chee) Hamilton. She is preceded in death by her parents, her sister Patricia, brother's William and John, and her twin brother Frank. In lieu of flowers, Frances had asked that a donation be made to St. Jude Children's Research Hospital.

To send flowers to the family or plant a tree in memory of Frances McCarn, please visit Tribute Store

Share Your Memory of
Frances
Upload Your Memory View All Memories
Be the first to upload a memory!
Share A Memory
Send Flowers