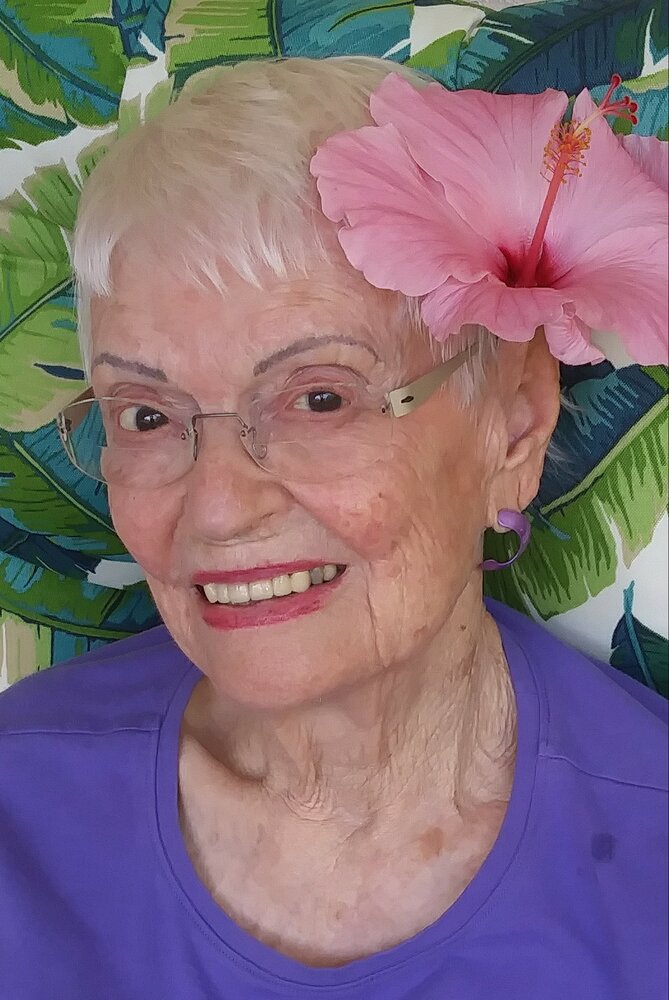 Peggy Oakes, 101, of Lutz, Florida (formally of Rudyard, MI and Holt, MI) passed away peacefully of natural causes December 5, 2021 flanked by her 2 loving daughters at the Melech Hospice House in Tampa, Florida. She is preceded in death by Emory & Ida Close (parents); Charles Close & Nellie Hall (paternal grandparents), Robert Trimble & Mary Ann Cartwright (maternal grandparents); Michael Oakes, (son); Tom Hundt, (son-in-law). Survived by daughters, Linda Hundt-Trierweiler (Mark); Pam Oakes and Jeanne Oakes (daughter-in-law); David, Carley & Todd (grandchildren); Noah, Reagan, Neva & Anna (great grandchildren). Due to Peggy’s innate caring demeanor, general sweetness and non-judgmental attitude, people gravitated towards her as a mentor, mother/grandmother figure and confidant. As an only child, she adored her 13, 1st cousins which she was the oldest and all except the two youngest preceded her in death.

Peggy was proud to have been born in 1920, the year that the 19th Amendment was passed, when women were finally given the “Right to Vote”. 18 presidents presided in her lifetime. Her favorite radio program was Amos & Andy. Transportation went from horse~n~buggy, to cars, to jets and to the moon. She recounted her childhood as a carefree and happy one. Sunday has always been church for Peggy where, as a child in Rudyard MI, she was active in Sunday School, youth groups, Girl Scouts and Vacation Bible School at the Presbyterian Church. Her first job was as a telephone switch operator, which included the knowledge of Morse code. Peggy graduated from Albion (MI) College in 1942 where she majored in Education. She worked at the reception desk at her Zeta Tau Alpha dorm earning 35 cents an hour. In 2018 she was presented with a ZTA “75 Years” (member) gold pendant by her Tampa chapter sisters at their Annual Anniversary Dinner. She loved children and thusly chose to teach K – 3 during her career which including Michigan school districts located in Grand Rapids, Sault Ste. Marie, Holt and Lansing where she retired from in 1980 at the age of 60. An avid traveler, Peggy maintained a curiosity and thirst for knowledge of world cultures/religions. Proud of her Irish and English heritage, she celebrated her 65th birthday with a feast at Bunratty Castle in Ireland and traced her family tree back to 1637 when her father’s family came from England 17 years after the Pilgrims. One of her relatives was a Minuteman in the Revolutionary War.

In honor of her 95th birthday, she went with her daughter to Cuba where she remembers the people being very happy in spite of the poverty. “God has been with me through all these adventures and He will be with me to the end” she was once quoted.  She was a 70 year member of Holt (MI) Presbyterian Church at the time of her death. Upon moving to Florida to live with her daughter Pam in 2013, she was readily and lovingly accepted in to the fold at Land O’ Lakes United Methodist Church where she attended regularly and, per usual, was highly involved. Peggy spent her 95th birthday at Advent Hospital (Tampa) while recovering from colon cancer surgery where she received 126 birthday cards from all over the world. All were displayed on an entire wall in her hospital room. Her family had reached out to extended family and friends in hopes of receiving 95. In her final years Peggy enjoyed a vibrant lifestyle and many friendships at American House independent living facility in Lutz (FL) who threw a fantastical 100th birthday party for her during the pandemic when family members were not allowed in. Under the circumstances, family and friends made sure she received plenty of cards, gifts and flowers. Her church did a 20+ car drive-by, waving and displaying happy birthday posters. A video conference call with her entire immediate family rounded out her first day as a centenarian followed by a fireworks display outside her window. A 3 times cancer survivor, she participated in many fundraising cancer walks throughout the years. She enjoyed animals and walking in nature, and both were the subject of her beautiful paintings, a hobby she pursued starting at the age of 89. A near lifelong Bridge player, Peggy also loved to sing at church and with her students, played the piano, was an avid crossword and jigsaw puzzler, trivia enthusiast and knitter. GGO, as her great grandchildren called her, knitted hats and booties for hospital babies and most recently, just prior to her death, had completed beautiful handmade scarves for immediate family members for Christmas 2021. Peggy liked to stay up-to-date on current events. A PBS supporter, her favorite shows being the Nightly News Hour and the Lawrence Welk Show as her mother before her. Memberships also included Michigan Education Association , Pasco County Chapter National Organization of Women,  Rudyard (MI) Historical Society and Al-Anon.

Share Your Memory of
Peggy
Upload Your Memory View All Memories
Be the first to upload a memory!
Share A Memory