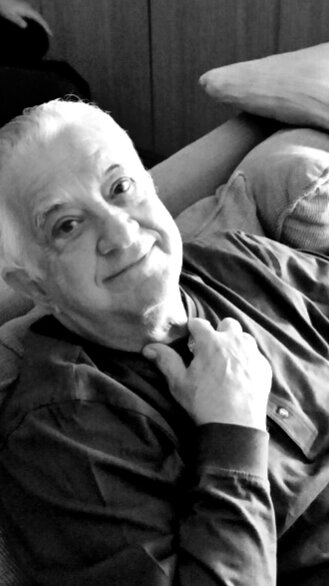 Héctor served as a member of the in-combat operations of the 310th Commando Squadron in the Republic of Vietnam.  He received several awards for having flown many missions under extreme hazardous conditions, including continuous, hostile ground fire. Awards received include the Distinguished Flying Cross (1966) and Air Medals (1966, 1967, and 1971). He honorably and proudly retired from the US Air Force after two decades.

Don Kike, a Boricua at heart, was a native of Ponce, Puerto Rico. Being the youngest of his 14 siblings, he continued his family tradition to manufacture cabinets.  He established his own company, Gabinetes Gremi, in 1976 and a corporation called G.G. Inc. in 1982 in the southern part of the island. Kike was recognized by the Puerto Rico Fomento Industry for his contribution and awareness of the social necessities of Ponceños for rehabilitating ex-cons.  The Puerto Rico Manufactures Association granted G.G. Inc. the use of the logo “Made in Puerto Rican Industry” until G.G. Inc.’s retirement in 2004.

Don Kike’s legacy will live on in the hearts and minds of everyone who interacted with him.

In lieu of flowers, please help his legacy of kindness, loyalty, and compassion continue by donating or volunteering with the Wounded Warriors, US Veterans, Alzheimer’s Association, and Our Lady of the Rosary Food Pantry.

Join us in sharing our stories of remembrance on Wednesday, Oct 20th.

On Thursday, Oct 21st, a memorial mass will be held at the Our Lady of the Rosary, followed by a military honors service at Sarasota National Cemetery.