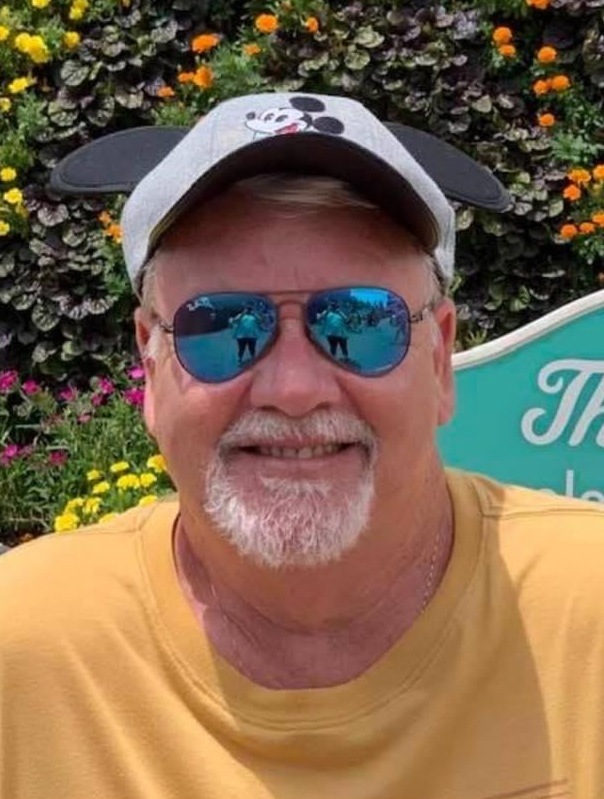 Ken was born on February 24, 1952 in Mablethorpe, England to Helena and Kenneth Mellor.  He joined the Royal Air Force at 18 and completed his 22 years of service, earning a first-class honors degree in engineering from the Open University on the way.  On April 24, 1976, he married Susan Yvonne Sumby. They raised two children, Yvonne and Steven.  After the Air Force, he adapted careers and entered the realm of IT.  Life took Ken and his family to the United States where they ultimately settled in Florida after many years in New Jersey.

To say Ken was the life of the party is an understatement - as shy as he was, once you got him into the room, that was it.  Throughout his life he touched the hearts of everyone he came in touch with.  Most recently his “Team Ken” members at Moffitt

At home, Ken loved walking the dogs, having coffee breaks by the pool with Su and watching Harry Potter, James Bond and Lord of the Rings countless times.  Terry Pratchett's books really resonated with him and made him laugh again and again and he was a huge fan of Monty Python.  As a Lincoln City fan, he endured more downs than ups, but he never gave up on them and he also brought that support to the Dallas Cowboys. Oh and we have to give a shout out for West Ham.

As a Dad, Ken endured countless homework arguments with Yvonne on the "right way" to do mathematical equations (she of course came to realize he was always right) and demonstrated a strength and kindness that she has vowed to carry on through her own life. No matter where in the world Yvonne was, she always knew her Dad was, and will be, there for her - Ken somehow made this possible even without words.

As a Grandparent, well, he was the best Grandpa three girls could hope for. He watched endless Spongebob and Peppa Pig (secretly we believed he enjoyed it more than the girls!), never ceased making them scream while dive bombing in the pool and was a warm spot to sit and cuddle on top of in front of the TV.  Whether it be amazing trips to Disney World, talking about the wonders of the planets or just listening to Zelda stories he hardly understood on Dog walks, Natalya, Olivia and Ella experienced the kindest and most loving Grandpa anyone could wish for.

Numerous times and in many different ways during his treatment Ken contributed to BMT research.  We know he would want us to continue that effort in his name.  With this in mind In lieu of flowers, we are asking that you donate in his memory -  Moffitt Cancer Center Foundation to support BMT Research. Donations can be made by mailing a check to Moffitt Cancer Center Foundation, MBC-FOU, 12902 Magnolia Drive, Tampa, FL 33612; online at give.moffitt.org/memorial; or by calling 1-800-456-3434 ext. 1403. Please note that the donation is in memory of Ken Mellor in support of BMT Research at Moffitt Cancer Center.  The notification details do not have to be completed we will be notified of your donations automatically each week.

Share Your Memory of
Kenneth
Upload Your Memory View All Memories
Be the first to upload a memory!
Share A Memory