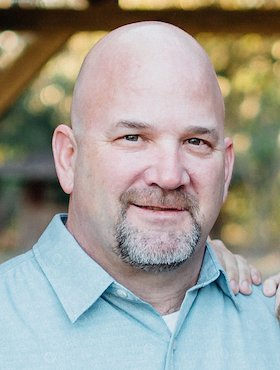 Todd Murray, 54, of Odessa, Florida passed away surrounded by family on August 1, after a two-year battle with cancer.

Todd is survived by his wife, Kristin; his children Kendall and Caden; his parents, Lawrence and Susan Murray; his brother, Monty Murray (Karen), his sisters, Kelly Lazzara (Tony), Kim Bell (Kevin), and multiple nieces and nephews.

Todd was born on March 14, 1967 in Tuscaloosa, Alabama. He was raised in Miami and moved to Tampa with his family in 1983. He graduated from Chamberlain High School where he excelled as an All-County athlete in football and baseball. He received a baseball scholarship to Hillsborough Community College and then the University of South Florida where he earned his bachelor degree in business administration.

After graduation, Todd started his 32-year career in medical sales, during which he was recognized many times as a perennial top performer. Todd moved to Orlando in the early ‘90s where he met his wife Kristin. They were married in 1995 and welcomed their daughter Kendall Grace in 1998. They moved back to the Tampa area in 2000 and shortly after their son Caden Lawrence was born.

Todd enjoyed playing golf, fishing, and traveling, but he was most passionate about simply spending time with his family. His love of sports continued as he coached his son in both baseball and football and loudly cheered on his daughter on the soccer field. Anyone who knew Todd knew him to be kind and compassionate, always lending a helping hand to friends and family. Todd was fun-loving and widely known as the King of Dad Jokes. He enjoyed making people laugh and was known to crack himself up before he could even reach the punch line. Todd was an incredible man who touched and enriched the lives of everyone around him in so many ways. He will be tremendously missed by his family, friends, and all that knew him.

There will be a private family Celebration of Life at a later date.

In lieu of flowers, the family has set up a Go Fund Me that will be used as the initial funding for the Murray Family Foundation. This non-profit foundation will plan celebratory vacations for families of children who have recently beaten cancer. "Helping families celebrate the gift of living after the fight of their lives".

To send flowers to the family or plant a tree in memory of Todd Murray, please visit Tribute Store

Share Your Memory of
Todd
Upload Your Memory View All Memories
Be the first to upload a memory!
Share A Memory
Send Flowers