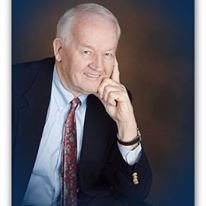 In the early hours of August 5, 2020, Robert Campbell (Bob) Maxwell, loving father of four children, passed away in his sleep at the age of 85 after battling demenia and COVID-19.

Bob was born to parents Colin C. Maxwell and Mildred C. (Farmer) Maxwell on May 10, 1935 in Auburn, Maine.  After graduating from Edward Little High School in Auburn in 1954, he enlisted in the Army, serving in Germany as a radio communications repairman until 1958.  After his military service, he returned to New England, living in Maine and New Hampshire until his retirement.  Bob worked as a computer repair field technician for IBM and as a circuit board technician for Bell Labs, later Lucent Technologies.  Bob retired to Florida in 1990, living on Marathon Key and later in Ormond Beach.  Bob spent his last years at retirement homes in Gainesville and Land-o-Lakes, and most recently in hospital in Saint Petersburg.

Bob was previously married to Renate Roussell (nee Reis) of Friedberg, Germany, and Carol Ritchie (nee Delrossi) of Stoneham, MA, both of whom survive him.  He is also survived by his children, Barbara Latulippe, currently of Laguna, CA; Steven Maxwell, currently of Phoenix, Arizona; and Colonel Scott Maxwell, U.S. Army, currently serving on active duty in Yerevan, Armenia; by his siblings Richard Maxwell and JoAnne Edwards, both of Auburn, ME; and by his grandchildren Brandon Latulippe, Nicole Latulippe, Austin Maxwell, Chandler Maxwell, Victoria Maxwell, Yasmina Ganieva-Maxwell, and Askar Maxwell.  Bob was predeceased by his parents; siblings Donald Maxwell and Barbara Maxwell; and his infant daughter Linda Maxwell.

Bob Maxwell will be remembered for his boyish humor, benevolence, idealism, loquaciousness, tinkering, and his independent spirit.  His private business aspiration, Panda Productions Ltd., was a lifelong passion, as was his writing and poetry.  He loved children, striking up conversations with strangers, and people-watching.  He was genuinely curious about everything, particularly about how things work.  He was a fiercely independent and proud man.  He was an incredibly charitable man, regularly helping strangers in need, including several years as a volunteer for the Samaritans suicide prevention hotline.  While never much of a sports fan, Bob loved to share his childrens’ passion for the New England Patriots with them.

Bob Maxwell will be buried at the New Hampshire State Veterans Cemetery in Boscawen, NH, with a ceremony and military honors to follow at a later date.

in lieu of flowers you can place donations to Lewy Body in Roberts Name   https://www.lbda.org/donate

To plant a tree in memory of Robert Maxwell, please visit Tribute Store

Share Your Memory of
Robert
Upload Your Memory View All Memories
Be the first to upload a memory!
Share A Memory
Plant a Tree