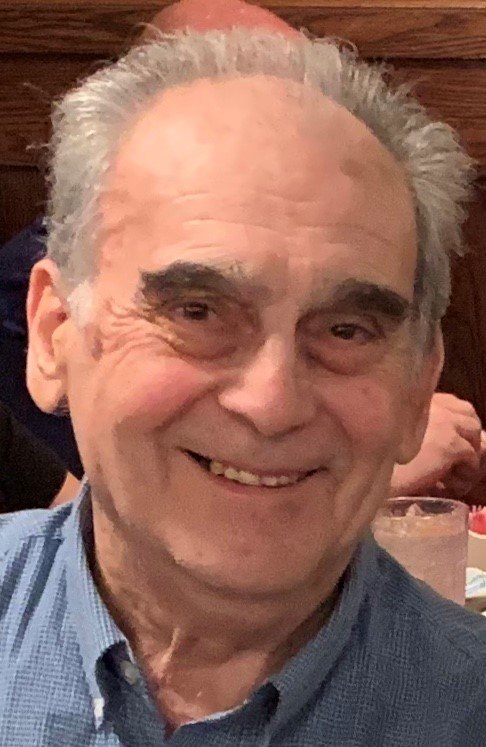 Obituary of Nicholas A Valiante

Nicholas “Nick” A. Valiante passed away peacefully surrounded by family on May 29, 2020. Born to the late Florentine and Mildred Valiante, he was raised in Jersey City, NJ. He proudly served in the United States Army. In 1966, he married his loving wife, Irene and moved first to Lyndhurst then Manalapan, NJ to raise their three children. Nick was a longtime truck driver with Oneida Motor Freight. He then became a much loved custodian at Milford Brook Elementary School for the Englishtown-Manalapan School District. He was fondly called “Mr. Nick” by students and he regularly received notes, cards and drawings from students. Nick attained Head Custodian at Milford Brook School. He and Irene retired to Cape May Courthouse, NJ. In 2018, Nick and Irene moved to Florida to be closer to their daughter. Nick is predeceased by his wife, Irene and brother-in-law, Richard McCormick. Surviving are their three children – Gregory and wife, Nancy Valiante, Jeffrey and wife Deana Valiante, and Debra and husband, Gary Flynn.  He also leaves behind three grandchildren, Shannon, Meghan and Matthew. Also surviving are his three sisters, Florence and husband, Lou Lemanski, Marguerite McCormick and Dolores and husband, Dominick DiNuzzo in addition to his nieces, Lauren Lemanski, Karen and husband Bill Wright and Dana DiNuzzo and many friends.

Nick had a winning smile with a big heart and a boisterous personality. Everyone knew Nick wherever he went. In retirement, he was active in the Knights of Columbus and the Senior Center in Cape May County and volunteered at the local school football games, where one would find him working in the concession stand. He cherished time with his grandchildren, spending time at Sunset Beach playing miniature golf then sharing “the best” onion rings while watching the surf or having a root beer float at Stewarts on the Wildwood Boardwalk. After dinner, it was time for marathon sessions playing Mexican Train until late into the evening. Nick had a love for golf, good food and was known for his saying, “Don’t be bashful” while gathered at the table with family or friends. Nick looked forward to the summer, where he would enjoy a cold beer with his son, Jeff at one of the local breweries in the area. He most enjoyed sitting on his deck with Irene in Cape May, overlooking the garden masterpiece he helped Irene create. Nick and Irene also appreciated the wonderful productions they would frequent every year at the Cape May Stage or a walk on the Cape May Boardwalk.

Due to these unprecedented times, cremation will be private, entrusted to Loyless Funeral Home, 5310 Land O' Lakes Boulevard, Land O' Lakes, Florida 34639. A memorial service will be held at a later date in NJ where Nick and Irene will be scattered over the waters of their beloved Cape May. In lieu of flowers, kindly consider a donation in Nick’s memory to the Alzheimer’s Association, www.alz.org.

To send flowers to the family or plant a tree in memory of Nicholas Valiante, please visit Tribute Store

Share Your Memory of
Nicholas
Upload Your Memory View All Memories
Be the first to upload a memory!
Share A Memory
Send Flowers