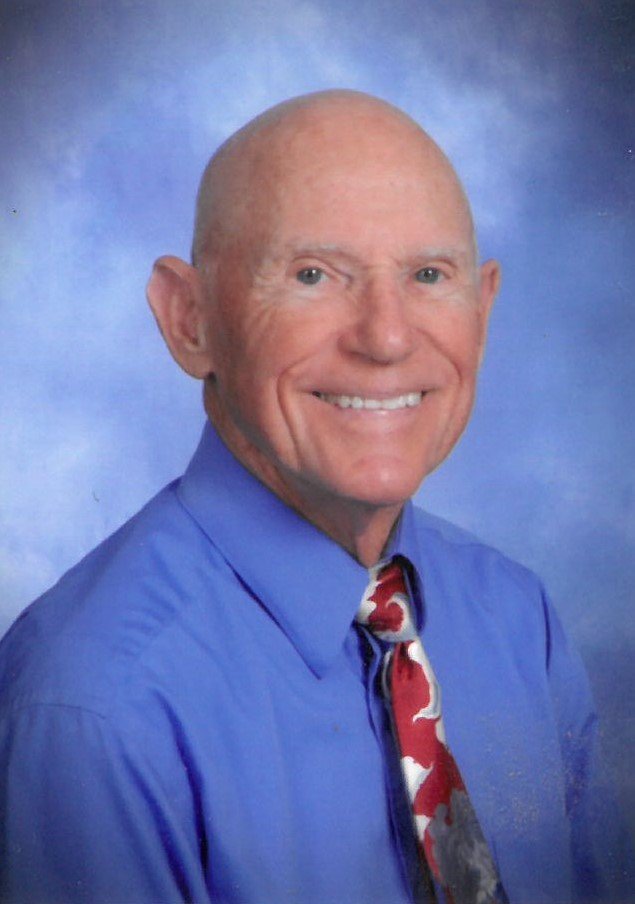 Raymond Brown “Ray”, of Tampa, FL, was born in Providence RI on April 8, 1926. He died on May 10, 2020. Ray was President of his Junior Class at Hope High School. In 1944, he chose to graduate early in order to enlist in the Army Air Corps. Ray was voted Most Popular and Most Versatile in the Class of 1945. It was while serving in the Armed Forces that he met his future wife, Marie “Rita” Quiriy from Springfield MA, who was serving in the Women’s Army Corps.

After his discharge from the service, Ray attended Springfield College where he was a member of the renowned Gymnastics Exhibition Team that toured the country and was the top man on the “Triple Balance Act”. He formed RBA Printing and Graphics in Tampa 1982, a company that he led until his retirement in 2002. Ray was active in the Greater Tampa Sertoma Club, serving as President from 1992-1993. He was an avid tennis player and golfer who performed his “one-handed handstands”  into his 80’s, and would frequently be seen on the dance floor.

He is predeceased by his wife, Marie Brown, and is survived by three daughters, Michelle Morris and Pamela Brown of Tampa, and Debbie Brown of Atlanta, a brother, Robert Brown of Rhode Island and numerous nieces and nephews.

A celebration of life will be scheduled at a later date followed by internment in the Florida National Cemetery.

In lieu of flowers, please donate to the charity of your choice, in memory of Ray Brown.

Share Your Memory of
Raymond
Upload Your Memory View All Memories
Be the first to upload a memory!