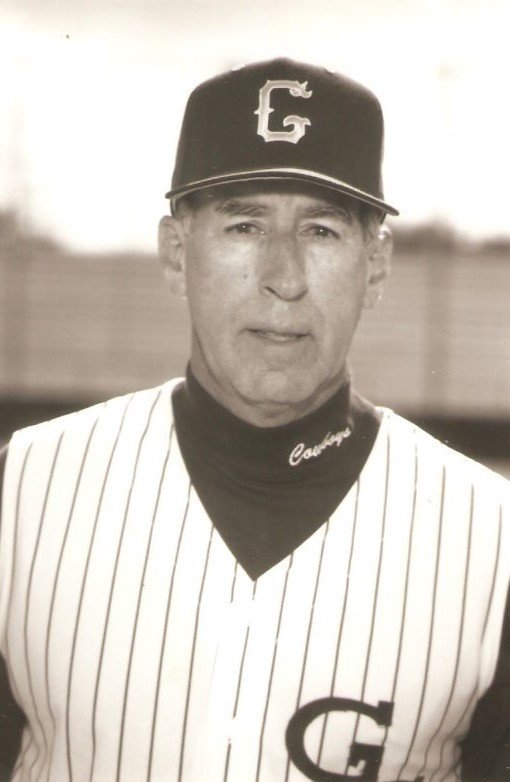 Frank Permuy Jr, 77 years old of Tampa, Florida, and a lifelong Tampa resident, passed away on April 19, 2020 in his home surrounded by loving family after a courageous battle with brain cancer. Born on Dec 9, 1942 in Tampa to Sylvia and Frank Permuy Sr. He regularly attended the Boys Clubs in Ybor City and West Tampa where he refined his social and athletic skills. He attended OLPH elementary/middle school and H.B. Plant High School where he was an All-Western Conference Baseball player. After an injury-shortened professional career, he played semi-professional baseball while finishing college. A graduate of the University of Tampa as well as a Master's Degree from Mississippi State University, he became a nationally recognized Coach and Educator with inductions in to 5 different Baseball and Coaches Hall of Fames as well as the Boys & Girls Clubs of Tampa Bay Hall of Fame and the West Tampa Chulo's Hall of Fame. In 2014, the Baseball Field at Gaither High School was renamed "Frank Permuy Park" honoring his 30 years as their Head Baseball Coach and exemplary role model for students, players and faculty. Frank had a distinguished 50+ year career teaching and coaching at the elementary, secondary and collegiate levels. He enjoyed tremendous success including multiple Saladino Baseball Tournament Championships, a State Championship at Tampa Catholic High School, several State, Regional and Sectional American Legion Championships and an American League World Championship with the West Tampa Post 248 team in 1981. Many of his players played professionally and many, many more at the collegiate level. He enjoyed all sports and competing, but nothing more than his love for baseball which he used as a tool to teach hundreds of young men the "lessons of life". His greatest accomplishment is evident every day as "his former players" continually speak about the difference he made in their lives, on and off the field. A man of great faith with a charitable heart, he gave all he could in so many ways to help those who were not as fortunate. He lived in the moment, looked back only to reflect in order to get better and stayed focused on what was ahead with a tenacious appetite for excellence and winning. He was an awesome story teller who could hold your attention with great humor and his quick wit. He loved to laugh and make others laugh. He never shared regrets, was predictable yet spontaneous, a true romantic and for good or bad ... 100% real. He loved his players and students, his friends, especially those in the "coaching fraternity" but his true love was his family. Frank is survived by his wife of 33 years, Danae Permuy (the true love of his life), his two sons Ricky Permuy (Melissa) and Chad Dorsey (Elizabeth) and his grandchildren (William, Thomas, Teddy, Taylor and Brayden, his Sister Patty Permuy and brother Glenn Permuy, his in-laws Ed and Claudia Dorsey and others, such as nephews, nieces, cousins. He was preceded in death by his loving parents and role models Sylvia Permuy and Frank Permuy Sr as well as grandparents Rodolfo and Pilar Tagle. A special thanks to our two care-giving angels Allison and Dwayne from Preferred Care at Home and a special thanks to Lifepath Hospice. A Celebration of Life will be held as soon as the restrictions on gatherings is lifted and donations to a memorial fund in Frank's name can be made to Boys & Girls Clubs of Tampa Bay - 1307 N. MacDill Avenue, Tampa, Fl. 33607.

Words of comfort may be expressed for Frank's family by clicking “Add Condolence”.

Share Your Memory of
Frank
Upload Your Memory View All Memories
Be the first to upload a memory!