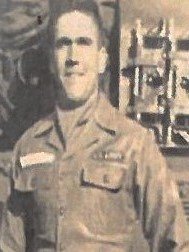 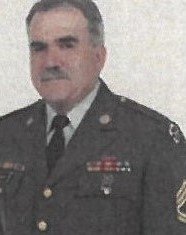 Wesley Chapel- Eugenio Bonano-Fuentes passed away peacefully on February 16, 2020 at the age of 81 after a brave battle with cancer. He was born on December 13, 1938 in Ponce, Puerto Rico, son of Gabriel and Ines (Fuentes) Bonano. Eugenio began his military career by enlisting in the Puerto Rico National Guard in 1954. He married his high school sweetheart and enlisted in the U.S. Army in 1958. His 24 year military career included a tour of duty as an artilleryman with the 9th ID in Vietnam from 1966-1967. Eugenio was awarded the Republic of Vietnam Cross of Gallantry with Palm (Unit), Republic of Vietnam Cross of Gallantry with Bronze Star (Individual), and the Purple Heart. He was stationed around the world including tours in Alaska working on a ski patrol, Dugway Proving Ground in Utah supporting nuclear testing, and Frankfurt, Germany running a postal operations center. After retiring from the military as a Sergeant First Class/E7, Eugenio began his second career with the United States Postal Service in Chicago, Illinois. It was during this time that he pursued advancing his education with evening classes at Chicago State University. He majored in history. Eugenio was a master historian full of knowledge, especially regarding wars. Watching all of the war movies ever made was a favorite past time.

Eugenio always filled his life with music. He loved every genre of music and possessed quite a collection of albums, tapes, 8-tracks, and CDs. Along with this love of music was his passion for singing. He could have had a professional career. He was gifted with a strong mechanical aptitude. Eugenio enjoyed tinkering on anything with his hands, mainly older model cars and his lawn tractors, though he shared many stories of things he built for his squad members in Vietnam. He lived 16 years of his retirement on his 10acre homestead in Bridport, Vermont, and then the last 3 years in Wesley Chapel, Florida. His most prized possession was his family. Eugenio treasured above all his wife, children, grandchildren and great-grandchildren. He leaves a wonderful legacy.

On February 24, 2020 at 8:30 am a private viewing for family and close friends will held at Loyless Funeral Homes, 5310 Land O' Lakes Blvd, Land O' Lakes, FL 34639 followed by a Religious Services starting at 10:30 am at Our Lady of the Rosary, 2348 Collier Pkwy, Land O Lakes, Florida 34639. At 1:30 pm, Mr. Bonano will be laid to rest at the Bushnell National Cemetery, 6502 S.W. 102nd Avenue Bushnell, FL 33513.  In lieu of flowers, family requests, donations be made to the James A. Haley Veterans’ Hospital – Tampa, Florida.  Use the following web address to donate online: https://www.volunteer.va.gov/apps/VolunteerNow/#learnmore

Share Your Memory of
Eugenio
Upload Your Memory View All Memories
Be the first to upload a memory!
Share A Memory
Plant a Tree