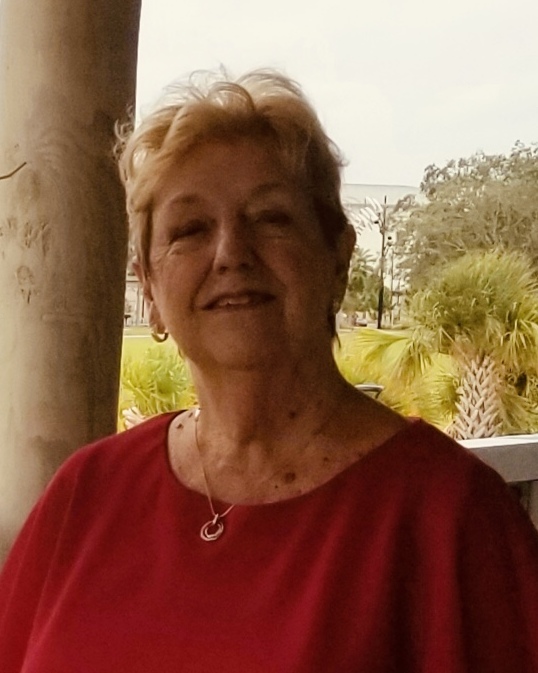 Barbara Ann Davis, 78, died on February 4, 2020 at her home in Land O'Lakes Florida. She was born May 24, 1941 in Wilkes-Barre, PA to Clifford J. Hoats and Mildred (Shepard) Hoats, the only daughter in a family of six children. Barb married Wayne A. Davis on May 30, 1964. They had two children Wayne, Cinnaminson, NJ and John in Tampa, Florida.

Barbara graduated from E.L. Meyers High School in 1959. Barbara loved her high school experience, where she participated in water ballet, played clarinet in the orchestra, and was a majorette in marching band. During her senior year, she served as Head Drum Majorette. Barbara was also chosen Homecoming Queen and won the title of Miss UNICO for 1959.

After high school, Barb trained in Cosmetology and opened Barbara's Hair Fashions on South Main Street in Wilkes-Barre, operating a successful Beauty Shop there and in her home until the family moved to Boyertown, PA in 1982.

Barb and Wayne moved to Florida permanently in 1997, first to Seminole before building their retirement home in 2004 at The Groves in Land O'Lakes. At the Groves, Barb was active in social activities, art, and musical groups, especially at the pool, where she organized water ballet sessions as a fun way to exercise and to share her love for the sport.

An accomplished artist, Barb won several awards for her work in pastels, including being named State Champion for her work “The Lilies” in 1978. Barb also loved to sing and play the piano and organ, having served as choir member and choral conductor of several ensembles during her lifetime. Her love of music and art was an inspiration to her children, who both pursued careers in the arts.

Barbara was a loving mother, talented artist, and accomplished leader, but she felt her greatest achievement in life was being a mother and homemaker. Barb excelled in this role, providing a loving home and leaving a lasting legacy for her sons.

She is survived by her son Wayne and his wife Annmarie, and her son John and his husband Joshua, as well as numerous nieces and nephews and her beloved dog Emma. She was greatly loved and adored by her family and her friends, and we will miss her profoundly.