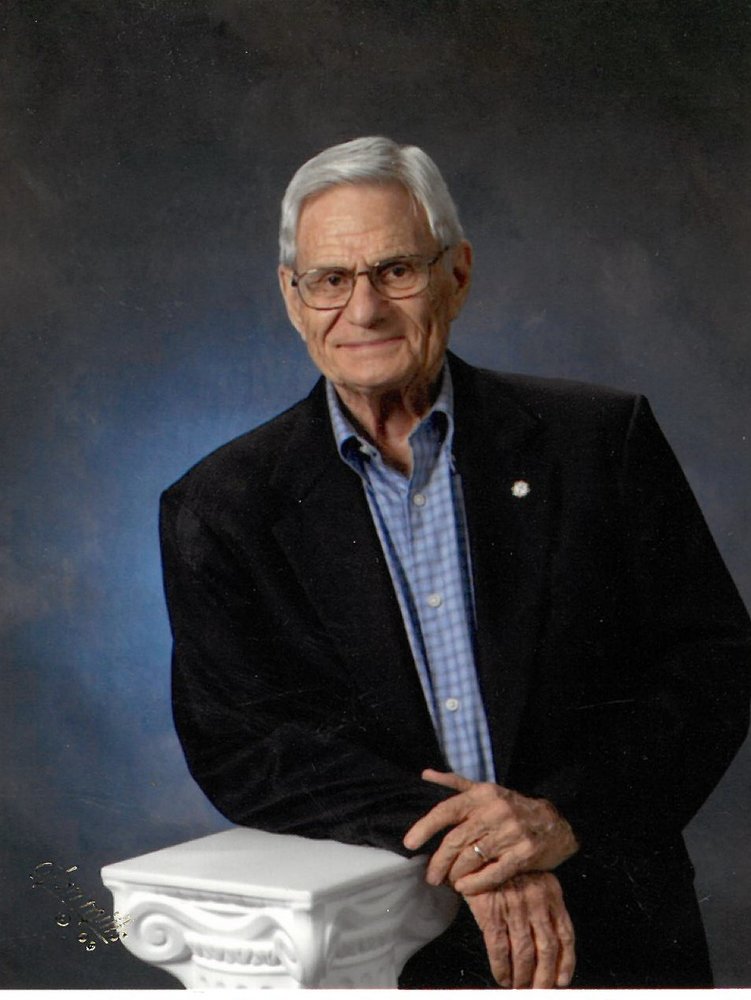 He was born in Lynchburg, Virginia on September 28, 1928, the son of Aubrey Thomas Tolley and Nonnie Pinion Tolley. Alton was preceded in death by his parents and his one brother, Dr. Aubrey Granville Tolley of Chapel Hill, NC.

Alton loved his family and loved life.  He had a strong Christian faith and was a proud American.  He had a very successful career in retail, retiring in 1988 as a Regional Merchandise Manager for Sears after relocating with the family seven times in six states across the southeast for various promotions.  After his retirement, he and Helen moved back to Tampa and he devoted his time and energy to St. James United Methodist Church in many different roles.  He had a heart attack in April 1991, followed by an unsuccessful heart surgery, and then received a heart transplant in October 1991 at Tampa General Hospital.   He was the oldest heart transplant recipient at that time, but was approved as a candidate because of his positive outlook on life and his strong family support.   He was given a three to five year life expectancy with the new heart, and yet lived for 28 years.  He and Helen moved to Concordia Village of Tampa in April 2015, where Alton was also very active in resident leadership roles.

To send flowers to the family or plant a tree in memory of Alton Tolley, please visit Tribute Store
Friday
3
January

Share Your Memory of
Alton
Upload Your Memory View All Memories
Be the first to upload a memory!
Share A Memory
Send Flowers