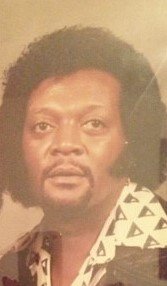 Clifford Eugene Baugh was born February 14, 1940 to the union of (Roosevelt and Marie) Baugh who preceded him in death. Clifford was the youngest of eight children.

Clifford received his education through the Detroit public schools in which he graduated from Miller high school.

Clifford work at Chrysler Corporation from 1964 until he retired as a chief steward in 1997.

He was married to his wife Ora Cutright. They were married for 43.

November 23, 1997. Clifford was ordained as a minister at the Ephesus Full Gospel Baptist Church under Elder, Walter E. Rushton Sr.

With his love for bowling, Clifford decided to become a member of a bowling league. Clifford loved to dance and sing and he enjoyed the time he spent with his family and friends.

The family will receive friends on Saturday, November 23 from 1-2 pm at Loyless Funeral Home 5310 Land O'Lakes Blvd. Land O'Lakes, FL with a Memorial Service following the visitation at 2. There will also be another celebration of his life on December 7, 2019 in Michigan.

Share Your Memory of
Clifford
Upload Your Memory View All Memories
Be the first to upload a memory!
Share A Memory
Send Flowers