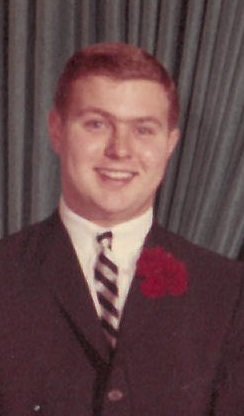 Sande Macdonald passed away peacefully on October 23, 2019. He was born December 19 in Yonkers, New York. He was a beloved son of the late William Peter and Doris C. Macdonald. Sande grew up in and attended school in Indianopolis, Indiana.

Upon coming home, Sande’s career started as a sales person in the paper industry with several Fortune 500 Companies. This led him to relocate to Chicago, Illinois. He was active in the MARINE TOYS FOR TOTS Christmas Drive and became a beloved Cubs and Bears fan. Upon retirement, Sande joined his family in Florida.

The family would like to extend their heartfelt gratitude to the caregivers and all of the staff at Baldomero Lopez State Veterans Nursing Home, for their compassion and support was invaluable.

In lieu of flowers, the family is requesting donations be made in Sande’s memory to Baldomero Lopez State Veterans Nursing Home, 6919 Parkway Blvd, Land O’Lakes, Florida 34639.

There will be a Graveside Service with Military Honors at Florida National Cemetery in Bushnell, Florida on November 4, 2019 at 10:00 am.

Share Your Memory of
Sande
Upload Your Memory View All Memories
Be the first to upload a memory!
Share A Memory
Send Flowers