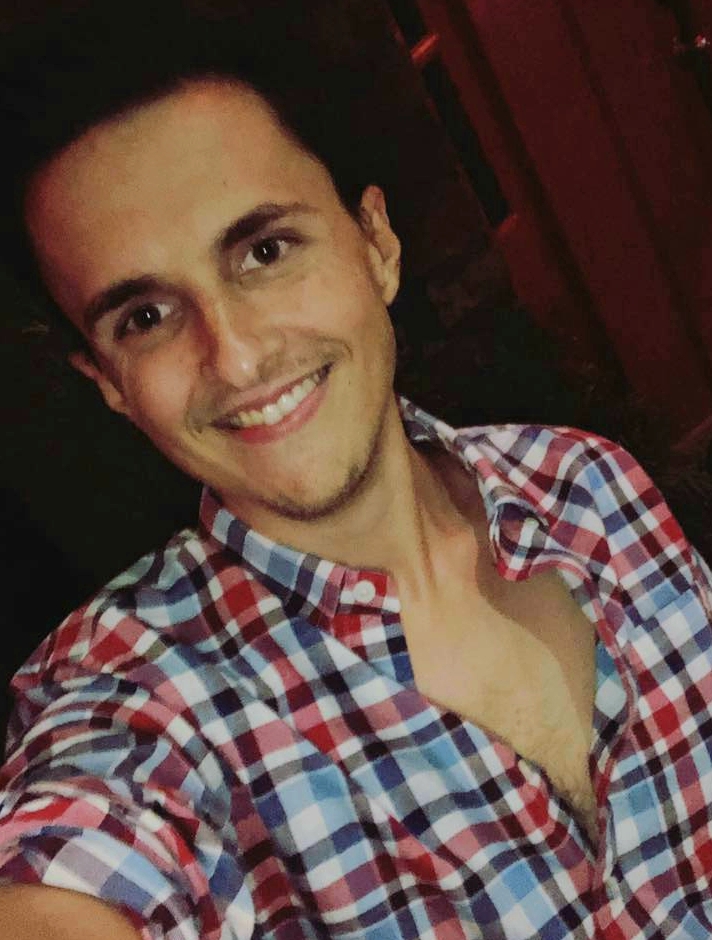 Shakespeare wrote that “All the world's a stage.”  Though separated by several centuries and countries of origin, Steven Wessel was an artist who brought this poetic insight to life!

He loved the theatre and - to those who loved being with him - he was theatrical in everything he did, on stage or off. Gifted with the ability to make people laugh or cry, Steven was happiest when he was animated and in the middle of things.

Steven was both blessed and burdened with the theatre’s paradoxical tensions between comedy and tragedy.  In meeting Steven, one would never know that he had a lifelong physical disability. He was born with Addison’s disease (primary adrenal insufficiency), which he hid, yet carried with him for 27 years. Addison’s disease perpetually attacks and weakens the human immune system. Be it a hike, a day at the beach or attending an evening party, too much exposure or physical stress to anything, even the natural environment or common cold, could trigger his Addison’s to render him quickly to a hospital bed.

This young man was faced with physical challenges that few of us ever had to endure. He was forced to juggle with the ordinary things we take for granted, while trying to live a normal life and achieve his dreams. To those who knew the burden he faced from childhood, Steven’s courage was inspiring.  In theatre, traditionally one says, “The show must go on”. Steven knew this better than most.

Born to Roseann and Gary Wessel in April of 1992, Steven spent the first several years of his life growing up in the Village of Floral Park.  Then, in 2002, his family moved to East Norwich, which allowed Steven to flourish in the Oyster Bay creative community.  There he found, among other things, his singing voice and his love for theatre.

Performing in Oyster Bay school productions and CM Performing Arts in Oakdale some of his roles included: Beast, in “Beauty and the Beast,” Seymour, in “Little Shop of Horrors,” Jack, in “Into the Woods”, Tom, in “Tom Sawyer,” Lumiere, in  “Beauty and the Beast,” and Frank Butler, in “Annie Get your Gun” among others. He attended Long Island HS for the Arts, the American Musical and Dramatic Academy in New York and belonged to the Broadway Artists Alliance, where he participated in many theatrical workshops.  He also attended Summit Salon Academy in Tampa for Cosmetology where he exhibited a talent for hair coloring that impressed all around him.  It was that newfound passion for hair styling that led him to move back to the Big Apple and attempt to make it in the concrete jungle.  His love for family and food motivated him to cook often, bringing back old family dishes and creating new ones to share, whether it be in New York or Florida.

Coming out at the age of 16, a friend shared a personal observation about the effect Mr. Wessel had on the community: “Steven is absolutely remembered (in Oyster Bay).  He was a valued member of our school community.  Steven led the way for many others to feel safe and free to be themselves.  I believe that courage was his most precious gift to us teachers and students.”  Steven Wessel was a proud gay man.

He was a passionate believer in equal rights for all and stood up for those who were bullied or harassed whether for their sexual orientation or otherwise.  Steven had the courage to accept people for who they were.  He will be remembered for his strength to show love and tenderness to everyone who knew him.

He is survived by his beloved family; his parents, Gary and Roseann (McHale) Wessel;  his brother Kevin and his sister Kelly and their respective partners, Jillian Wessel and Zohar Ben-Zur.  He is adored by his many aunts, uncles, cousins and friends left behind. He is dearly loved by his paternal Grandma, Joan Wessel.  He is preceded in death by his Nana (Nancy)  and Gramps (Francis, Sr.) McHale.

The family will receive friends on Saturday, October 19 from 2-2:30 pm at Loyless Funeral Home 5310 Land O’Lakes Blvd. Land O’Lakes, Florida. A Celebration of his Life will begin at 2:30 pm.

In lieu of flowers, please consider a donation in Steven's memory to the Immune Deficiency Foundation at https://www.primaryimmune.org/idf-online-donation.

You may also donate Blood Plasma to the American Red Cross, at your local blood drive or plasma bank.  There is an extreme national shortage and Blood Plasma is lifesaving Infusion therapy for many serious rare diseases and cancers.  The shortage of this blood product is so dire, donors are often compensated.

Share Your Memory of
Steven
Upload Your Memory View All Memories
Be the first to upload a memory!
Share A Memory
Send Flowers