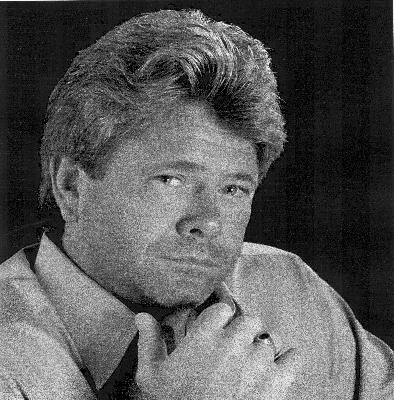 Buck was also an accomplished Auctioneer and often gave his professional talent for charity.

Buck Finley’s professional career in the music industry began at the age of nine, winning state and local competitions in Kentucky.

Some 12 years later, he was discovered, and his career progressed to a nationally known recording artist on well-known labels. During this period, up until the mid-80s, he was produced by some of Nashville’s elite including Jerry Crutchfield, Don Tweety and Cowboy Jack Clements.

After a 20-year sabbatical taking care of necessary family business in Kentucky, Buck has relocated to Florida and is solely working on the writing end of his talent, creating very acceptable cross-over songs. During this break, he remained connected to the industry via featured film roles, acting in music videos and co-writing music with accomplished artists such as Bobby Boyd, Shirl Milet and the late actor, Jim Varney, who was one of his closest friends, as well as other notable professionals in the industry.

Buck is preceded in death by his sister, Mary Ella Willmott; and nephew, Benjamin Willmott.

He is survived by his wife, of 18 years, Janet; daughter, Laura West; granddaughter, Grace Penny; nephew, Robert Willmott III; and many extended family members and friends.

A Celebration of Life service will begin at 2:00 PM on Friday, October 11th at Loyless Funeral Home in Land O’ Lakes.

Family will receive friends one hour prior to the service.

Buck’s final resting place will be at Georgetown Cemetery in Kentucky.

To send flowers to the family or plant a tree in memory of Buck Finley, please visit Tribute Store
Friday
11
October

Donations in Memory of Buck Finley

Share Your Memory of
Buck
Upload Your Memory View All Memories
Be the first to upload a memory!
Share A Memory
Send Flowers