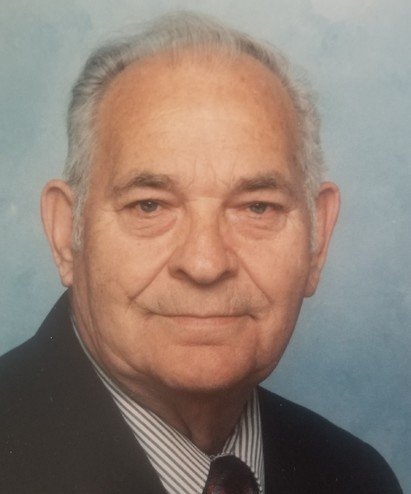 John David Jones, 82 passed away September 4, 2019. He was born in North Carolina and moved to Florida from Detroit in March of 1970. He is survived by four daughters, Susan Jones-Davis and her husband Ken Davis, Belinda and her husband, John Horton, Pam Jones and Kay and her husband, Walter Roush; the mother of his children, Vallie; his sister, Janie Poindexter. Also surviving are 10 grandchildren, Josh and Nathan Vasquez, Jake Davis, J.J. Horton, Ashley Horton-Williamson, Drew Horton, Blain, Shay and Paul Parker, Clayton Tallman and 2 step-grandchildren, Ivy Roush-Williams and Ethan Roush IV and many, many great-grandchildren. John was an Ordained Minister, a welder, pilot, landlord, and raised miniature horses. He was also an honorably discharged Air Force veteran. He was predeceased by his daughter Patty Jones in 1991. The family will receive friends on Saturday, September 14th from 10-11 o'clock am at Loyless Funeral Home 5310 Land O'Lakes Blvd. Land O'Lakes, Florida 34639 with the funeral service to take place at 11 am at the funeral home. Burial will follow the service at Fivay Cemetery where he will be laid to rest with his daughter.