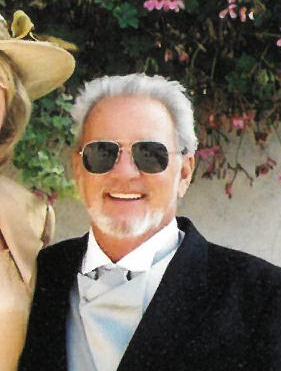 He is survived by his wife, of 56 years, Carol; son, Brad; two daughters, Wendy and Michele; six grandchildren; and a great grandchild.

He was born in, and raised in, Miami, Florida and has resided in many areas including, Tampa, Orlando and Winter Garden, Florida; Denver and Trinidad, Colorado and Warner Robins, Georgia.

He was a veteran in the United States Air Force and served honorably during Vietnam.

GW worked in telecommunications for over thirty years.

He was a gentle soul and a man's man.

GW loved his wife Carol and his children Michele, Wendy and Brad. He adored his grandchildren Brett, Sean, Jessie, Riley, Briac and Axel as well as his great grandson Liam. He loved his children's spouses Dave, Clark and Annabelle as his own.

GW had many friends both new and lifelong. He always believed that to have a friend is to be a friend.

He enjoyed watching his son and grandson participate in Judo, Jiu Jitsu, Muay Thai and wrestling.

GW was Order of the Arrow Eagle Scout and maintained lifelong friendships with his troop members.

He was a world class fisherman. Among his top catches were 6 bass over 10 lbs and a 7' sailfish.

GW enjoyed travel, taking several trips to Europe and South America. He always traveled with his wife and often with his children and grandchildren.

GW and Carol RV traveled through every US state, every province of Canada and every state of Mexico.

GW loved to laugh and could take a joke as good as he could dish them out.

He will be missed by all who knew him.

A memorial service will be held at 10:00 AM on Thursday, August 8th at Loyless Funeral Home Chapel in Land O Lakes.

In lieu of flowers donations may be made to The Patriot Guard.

To send flowers to the family or plant a tree in memory of Gettis Riles Jr, please visit Tribute Store
Thursday
8
August

In Memory of GW Riles

Share Your Memory of
Gettis
Upload Your Memory View All Memories
Be the first to upload a memory!
Share A Memory
Send Flowers