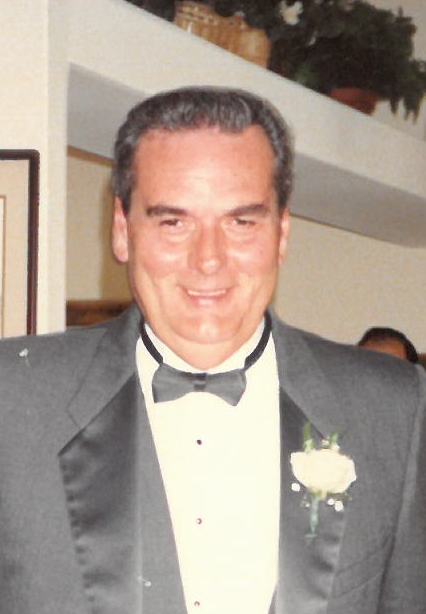 Charles J. “Chuck” Rahm, age 80, of Palm Harbor, Florida passed away peacefully on Saturday morning, April 13, 2019 at St. Joseph’s North Hospital, after a gradual decline in health. He was surrounded by his loving family. Born July 14, 1938 in Brooklyn, New York, he was the son of Charles and Mary (nee Melville) Rahm. Chuck was able to overcome several obstacles in his youth, from needing to drop out of school to help provide for his family, to unexpected injuries in his early career. He honorably served in the National Guard of New York and the United States Marine Corps. He returned to night school and received his High School GED and an AA degree. He retired from Metropolitan Insurance Companies as the Director of the European Operation with 25 years of service. Chuck’s real love in life was his family and friends. He always enjoyed gatherings of good food, good drink, and good friends. He would usually start these with a toast, “To us, the best people we know”. He was a devoted husband to Joan for 60 years. The two of them enjoyed traveling around Europe and many cruises with family and friends. He was the one to arrive home on Friday night and announce to his family, “Let’s pack up and go for the weekend”. Chuck was a patient and dedicated father to his daughter Michelle. He shared and enjoyed her love of horses as she competed in many competitions in her youth. He was a proud father as he watched her succeed in her professional and personal life. As his health started to decline, he received a spark with the arrival of his granddaughter Skyler, “My Baby”. “Poppy”, as he was known, would watch all her favorite movies and shows with her and they would talk about the characters and episodes. He loved watching Skyler participate in her ice skating activities. He was preceded in death by his parents; brothers, William and Frank; and his sister, Margaret. In lieu of flowers, memorials in his name made to the Humane Society of Pinellas at 3040 FL 590, Clearwater, Florida, 33759 would be appreciated. As we reflect and celebrate his life, a toast to you Chuck, a wonderful husband, an awesome Dad, and a one of kind “Poppy”.