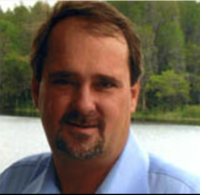 Land O’Lakes, FL – Daniel K. Lyman, 56, husband of Dee Lyman, passed away in the early hours of November 15th, 2021 in a terrible house fire at his home.  His last act, true to his character, was running into a burning building to save his wife and their dog, Cookie.  His wife was saved but tragically he and Cookie perished in the fire.

Born in Milford, MA on May 10th, 1965 to his parents, Robert and Joyce (Nichelson) Lyman.  He graduated in 1983 from Uxbridge High School in Massachusetts.  In his junior and senior year as the starting quarterback, he led the Spartans to two consecutive winning seasons for the first time in 25 years.  He joined the United States Navy in 1985 and served for 10 years achieving the rate of Cryptologist Technician, First Class (CT6).

After the Navy, Dan’s entrepreneurial spirit led him to Primerica where he built a successful business.  Over the next 25 years, Dan helped many clients achieve their financial goals and was promoted to Regional Vice President.

Dan was an outgoing person and extremely active in his gated community of Lake Como.  Dan and Dee were known for reaching out to newcomers in Como and making them feel welcomed.  Dan was an avid dart thrower and loved to play golf on the weekends.  For those of us who faced him, we knew too well the sting of defeat.  Dan was a man comfortable in his own skin.

In addition to his loving wife Dee, Dan is survived by his maternal grandmother, Jane Nichelson; his father Robert Lyman and wife Caroline; his mother Joyce Letourneau and husband Donald; his sister Janis (Lyman) Gadow and husband Jerry, SC; his half-sisters Debra Foley and significant other Brad Allen, MA, Jessica (Lyman) Bartmess and husband Kitt, ME, Christine (Foley) Aldrich and husband Patrick, MA, and Laura (Letourneau) Huyser and husband Dalton, MA and his half-brother Neil Lyman and significant other Sarah Fisher, ME. He is also survived by his nieces and nephews Kenneth Gadow, Dawn (Gadow) Lavallee, Malekai Lynch, Rosa and Angelo Atienza, Finn Bartmess, Liam and Charlie Aldrich, and a great-niece Quinn Gadow.

Dan was a father figure to Dee’s child Jennifer and a loving grandparent to Jennifer’s children Alexa (14), Avery (6) and Arkin (3) all of Florida.

Family and friends are respectfully invited to his Celebration of Life at 1:00pm on Jan 8th, 2022 at Lake Como.  Patriots gear requested.

A Celebration of Life is also planned for Spring 2022 in his hometown of Uxbridge, MA. Details will follow.