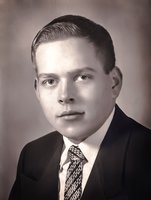 Alvin Donith "Don" Johnson passed away on January 21, 2021 in Tampa, Florida at the age of 82. Don was born on July 10, 1938 in McHenry, Kentucky. He graduated from Moscow High School in Moscow, Idaho. He was always seeking knowledge and new skills by continuing his education at the University of Idaho, serving in the Army, working for the military, and across many careers and industries. Don served as a full-time proselyting missionary for The Church of Jesus Christ of Latter-Day Saints in the Netherlands and was fluent in Dutch. Don lived or worked in many locations including Texas, New Mexico, Greenland, and Mississippi, including Vicksburg, MS, where he stayed the longest of all. After a short time in Utah, Don moved to the Tampa, FL area as his health declined.

Don was a brilliant technologist and had many talents, including being nationally ranked in target shooting, multiple certifications in technical fields such as nuclear, electrical, and mechanical systems, working on the NASA Apollo program, and was fearless at the prospect of repairing anything. His hobbies and skills included marksmanship, flying under his private pilot license, gun collecting, photography, shopping for bargains, and eating at buffets. He was active in his church and often gave care, food, and time to families around him.

A private family service for Don will be held on January 25, 2021 at Loyless Funeral Home in Land-O-Lakes, FL, followed by interment with military honors at Florida National Cemetery in Bushnell, FL.