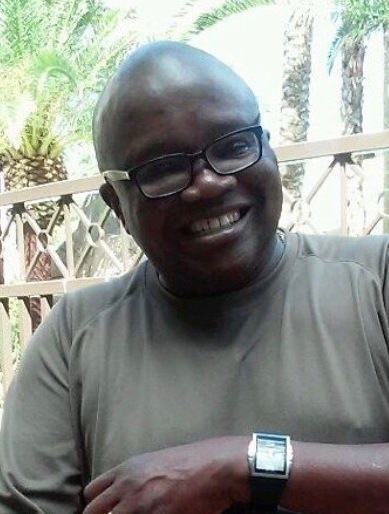 Ebertson Paul (E.P.) Mabheka Malaba of Tampa, Florida passed away in peace on Tuesday, July 14, 2020, at the age of 65. He was a proud former resident of Massachusetts, Rhode Island, Washington and Bulawayo.

On August 27, 1954, he was born to parents Anne Mabunda and Bangani Alford Malaba in Bulawayo, Zimbabwe. Paul graduated from St. Patrick’s Primary School and Mzilikazi High School in Bulawayo. Paul cut short his higher education to be the family’s breadwinner at an early age after the passing of his father. When Paul migrated to the United States, he received a Bachelor’s degree in Journalism from the University of Missouri and an MBA from the University of Phoenix. He continually provided regular assistance to young Zimbabweans seeking higher education in Zimbabwe, South Africa, the U.S. and other countries. He was passionate about social justice and served with distinction on the executive leadership team of the NAACP of Providence, Rhode Island for over 10 years as Vice President, Secretary and most recently Treasurer.

Paul was an entrepreneur at heart who ran several businesses throughout his life, including a computer services store, a shipping center, and a cultural foods distribution service. Most recently, he was exploring an agricultural business. Paul also worked in IT for many years at CVS, Boeing and UMass Memorial Hospitals in addition to working in healthcare for McLean Hospital, Marlborough Hospital and Leonard Morse Hospital.

In 1992, Paul married Barbara, the love of his life and best friend, who survives him. Paul is also survived by daughters (Sibusisiwe and Samara) who adored him, sister (Hannah), brother (Oscar), stepson (Mthulisi) and granddaughter (Gugulethu). Paul was predeceased by his parents (Anne and Bangani Malaba), sister (Madrene) and brother (Osborne). He was loved by his cousins, nephews and nieces from the Khumalo, Ndebele, Ndlovu, Mazobere, Nkala, Tiriboyi and Rutanhira families.

Services will be held on Monday, July 27, 2020, at Loyless Funeral Home in Land O’Lakes, Florida. Visitation will begin at 12p.m. and funeral service at 1p.m. with burial to follow. The family is respectfully asking that people make donations in support of the NAACP of Providence in lieu of sending flowers.